SEATTLE, WA - Amazon seems like it has no plans to slow down its expansion of physical Whole Foods stores. In fact, a new report from Yahoo Finance suggests that Whole Foods may one day occupy any of 300-plus now-abandoned Sears and Kmart stores. According to the source, Whole Foods managers have begun visiting former sites that were once either Sears' stores or stores under the company’s Kmart banner. 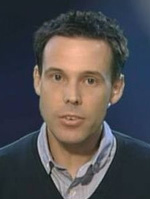 “There are lots of vacant retail spaces that they can take advantage of, and that gives them access to reasonable retail locations, but I also think they want to secure good real estate deals by filling voids, and getting good rental levels from landlords,” Neil Saunders, Managing Director of Retail at GlobalData revealed to Yahoo Finance.

The source noted that just last month, representatives from Whole Foods visited a former Kmart site in Utah that was closed in mid-2017 when Sears’ financial struggles were at a high point. The location has remained vacant ever since. Yahoo Finance reported that Sears has not been been turning a profit in nearly a decade. Over the past three years, the company has closed 23 Sears stores and 205 Kmart stores—a national footprint Yahoo said covers broad demographics and allows for opportunity to scale quickly and at a low cost.

Whole Foods has yet to comment on this speculation, but Yahoo noted that, at just over 470 physical retail locations, the retailer is still far behind the numbers competitors like Walmart and Kroger have put up.

As more details on this potential new growth strategy are revealed, AndNowUKnow will keep you updated.