UNITED STATES - Virtual reality may be one of the most cost-effective presentation tools available.

It’s not just for gamers. Here at AndNowUKnow, we believe this technology needs to be in the hands of every grower and buyer in the industry.

See which produce people are already trying it out... 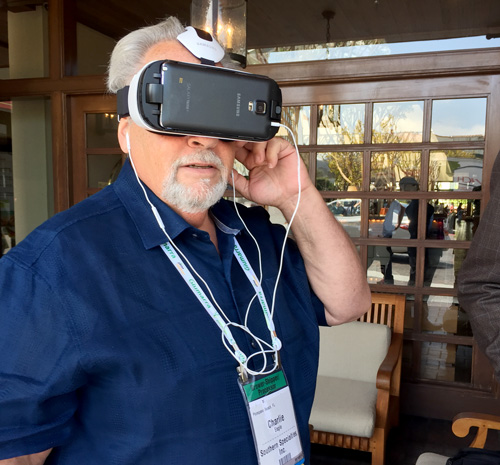 After being bought by Facebook for $2 billion, Oculus Rift, one of the many virtual reality headsets that are currently in development, will see its commercial launch next year. By 2016, Credit Suisse analysts estimate that up to 5 million units of the device will be sold. 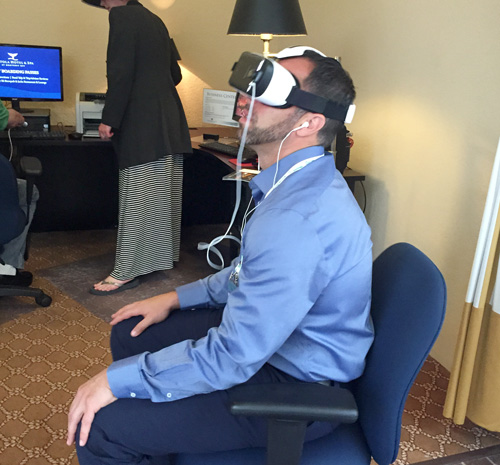 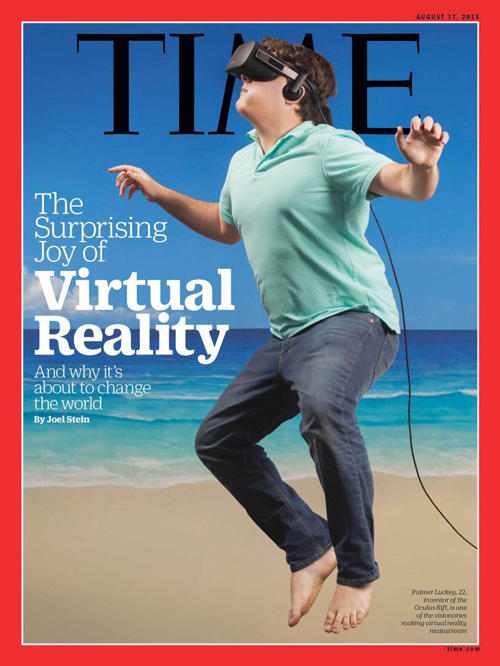 With the growing popularity of virtual reality headsets, we could be witnessing the advent of the next evolutionary leap in the way you conduct business with a retailer or supplier, or show millennials where their food is coming from. Read on to find out how…

Say you just bought a new piece of equipment or you want to prove to your retail partners you’re making investments back into your crop. Sure, you can fly a buyer to Delano, South Texas, Leamington, etc., but because it’s cost-prohibitive, you try sending them photographs instead. Virtual reality, however, presents a significantly more immersive and cost-effective experience where you can bring a buyer directly to the field in a 360-degree world, bringing more perspective to your investment. 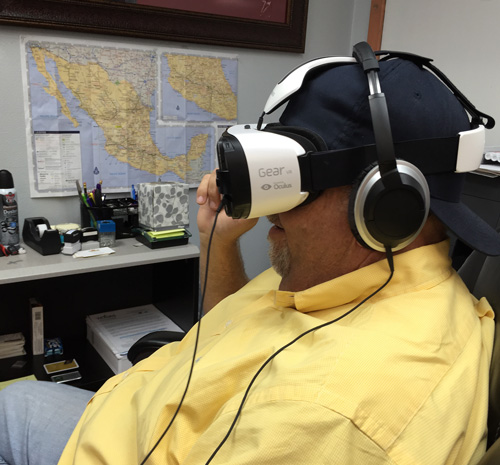 Our CEO, Robert Lambert, has been traveling to some of the most well-known growers in the world to demonstrate virtual reality and make this technology a reality for applications in the produce industry.

If you want to better introduce your retail partners to your program, this is the way to do it. Today, anyone looking to roam the groves of a California citrus company, marvel at the sprawling greenhouses of a Canadian grower, tour the rows of table grapes in Delano, or even spend a day in the office of a client can do using their own VR headset, like the Samsung Gear VR. 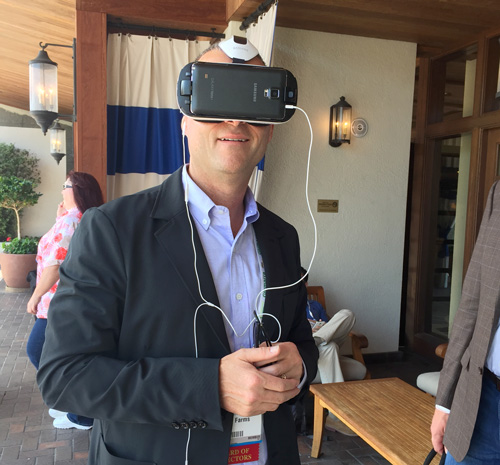 Virtual reality opens up doors that wouldn’t exist today without it. It’s one of the fastest, easiest ways to bring buyers into the field, get them to understand your company, as well as the individuals involved. They can be transported to your world in a matter of seconds, right from the comfort of their own chair.

To get a taste of virtual reality, check out this YouTube video. Click and drag your mouse pointer across the video screen to look around 360-degrees. Note: This may not work on all internet browsers.

The level of immersion you get from virtual reality is awe-inspiring, right down to the sights and sounds. And it can be done cheaply and effectively. All you need is a smartphone and a VR headset of your choice.

Say hello to the future of produce, with virtual reality. Check it out today. This is one trend you don’t want to miss out on.