Vic Smith, President and CEO of JV Smith Companies, was featured in the latest edition of AndNowUKnow's print publication, The Snack Magazine. This produce aficionado has always had a taste for adventure and the sense to tackle the world head-on under the guise of the infamous Butch Cassidy… or so he likes to say. Check out our exclusive interview with Vic as he discusses planes, trains, and vegetables.

Would You Rather Be Butch or Sundance?

Vic Smith isn’t one for robbing trains and running from the law, but his quick wit and cunning have nonetheless landed him smack dab in the middle of a wild ride through produce. It may not have been without its bumps along the way, but this produce aficionado has always had a taste for adventure and the sense to tackle the world head-on under the guise of the infamous Butch Cassidy… or so he likes to say.

“I always saw myself as Butch,” he laughs. “I’d love to have Sundance by my side.”

“The Future’s All Yours…”

Before I put together the mystery surrounding this industry kingpin, Vic took me back to a time when he and his father were working hand-in-hand as partners-in-crime, so to speak. It was in the mid-1970s, just after studying Business Administration and Economics at the University of Colorado. Vic spent his dog days at Skyview Cooling Co., a venture his father founded in 1970, learning the tools of the trade before branching further into the depths of the industry. There, he and his father helped take the business into Yuma, and then Salinas the following summer. Vic hasn’t looked back since. 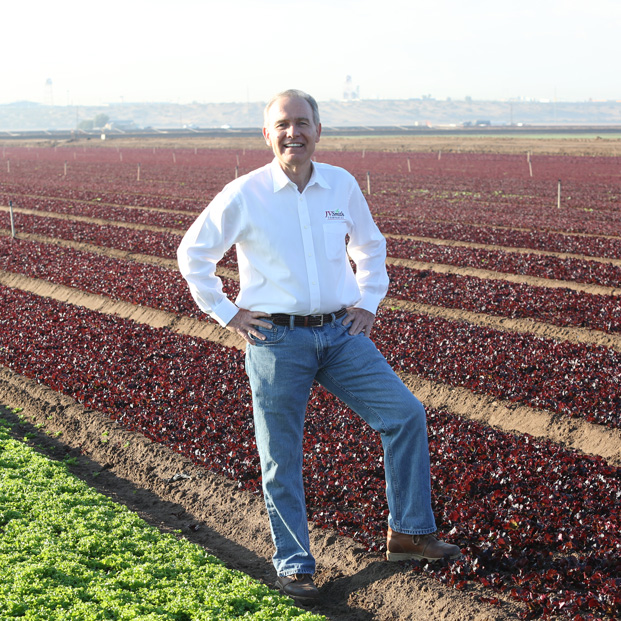 “Without a doubt, my father was a great mentor. He was the fountain of wisdom and strength that I was able to draw from for many years,” Vic tells me, reflecting on the lessons his father had instilled in him growing up. “Working with him for 35 years was a blessing – sometimes very challenging, but really a blessing.”

Born and raised on a poor farm in rural Missouri during the Great Depression, Vic’s father was one of three sons who learned first-hand the conservative fiscal values of spending money. Looking back, there was little opportunity for three boys to make a living off the farm, so they all moved to different areas across the country to achieve success. The experience his father shared has shaped Vic’s personal and professional life tremendously, and he’s eager to thank him for everything that he has taught him.

“My father loved farming, and he always had the passion to go back,” Vic tells me. “You can take the boy out of the farm, but not the farm out of the boy.”

Butch had his trusty steed to get around on land, and similarly, Vic had his own preferred method of transport – flight.

Flying their own plane was more economically sound than other methods of travel, and it meant Vic and his father could cover ground much faster even if their facilities weren’t currently in operation. When travel meant four days a week, Vic made sure every minute and dollar of his time was spent wisely. Overseeing improvements and expanding operations were common during his travels.

“From a business standpoint, I was flying around 200 – 300 hours a year in our own airplane,” he says. “That was a lot of time spent in Colorado, then to New Mexico, then Arizona, then to California.”

With Skyview Cooling Co. safely secured under their belts, Vic and his father had a bigger score in mind. Down in the vibrant, agriculturally diverse land of Yuma, AZ, both men sought a number of partnerships with major shippers to establish a new farming operation that would meet their needs for various crops. Together, their hard work, charisma, and smart business sense paid off. This multi-million dollar enterprise would ultimately come be known as JV Farms in 1988.

“We are fortunate to develop relationships with top shippers in the leafy green industry, and we continue to reach out to them  to be part of the growth in that sector,” Vic explains. “Our main mission at JV Farms is to be relevant and meet the customers’ needs.”

With their headquarters firmly planted in Yuma, Vic and his father started farming operations in Sonora in 1982 and moved into Baja California ten years later. This location, fifteen miles southwest of Yuma, is now the main Mexico unit, aptly dubbed “El Toro” all for good reason. In that region, Vic tells me that the company farms 8,000 acres worth of lettuce, broccoli, and other heavily sought-after leafy greens. 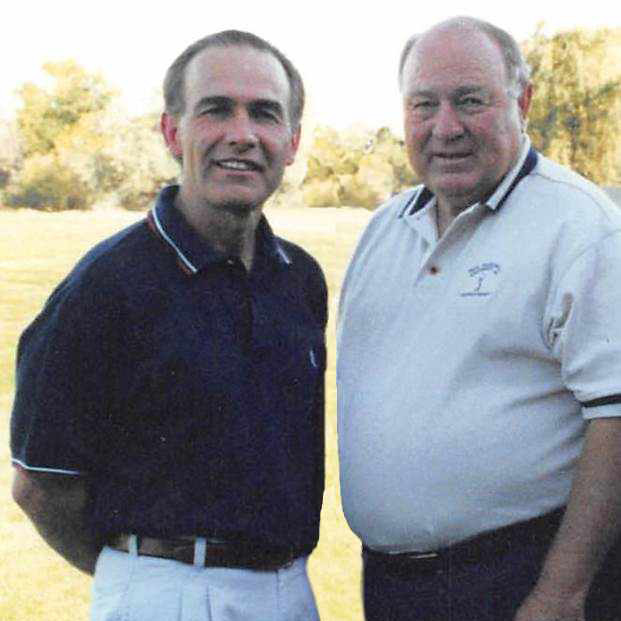 Vic’s ambitions never stopped there. Keeping on the heels of the latest industry trends, he started JV Organics in 2012, based in Monterey County, right north of Soledad in Salinas Valley. On annual, JV Farms covers 19,000 acres of vegetables between Arizona, Mexico, California, and southern Colorado. With this latest venture, Vic is capitalizing on highly demanded categories in organics, such as spinach, kale, and arugula.

“Organics are where the demand is, so that’s where we’re going,” he tells me. “Iceberg and romaine lettuce are still our biggest categories, but we’re doing more organic kale, baby broccoli, chards, greens, spring mixes, arugula, and so on. We’re big on organics in the winter.”

So big, in fact, that Vic says El Toro farms 6,000 acres of organic vegetables during the winter season. And that’s just the beginning.

“We’re going to be in organics for the long haul,” Vic continues. “One of our biggest priorities is establishing a year-round organic program to make it more seamless for customers. We’re committed to growing that category.

When I ask him how he plans to grow the category in such a competitive arena, Vic tells me it’s all about understanding the customers’ needs.

“We have to constantly look at how we’re creating value for our customers,” he says. “Every day, we’re working with our customers to see what their customers are demanding of them. We look further down the supply chain to make sure that the ultimate customer – the consumer – is happy at the end of the day. Commit to your consumer and your customers. That’s how you create value.”

“We Can Either Fight or Give…”

Cementing his place in the industry surely didn’t come without its ups and downs.  It’s no surprise to many that the biggest obstacle this industry faces is environmental pressures, such as water and climate change. Perhaps what sets JV Farms apart is Vic’s willingness to accept change and adapt.

“If we don’t accept or embrace these challenges and face them head-on, we probably won’t be around five or ten years from now,” he tells me.

It’s a tough pill to swallow without a doubt. Nevertheless, knowing that ‘the end’ could be just around the corner is what pushes Vic to the limits and motivates him to continue innovating. He’s not one to stop moving – he’s always looking for the next big thing. It’s during these times that Vic tells me about the professional mentors he has admired throughout the industry. Names like Bruce Taylor of Taylor Farms, Steve Barnard at Mission Produce, and the Driscoll’s Reiter brothers come to mind. 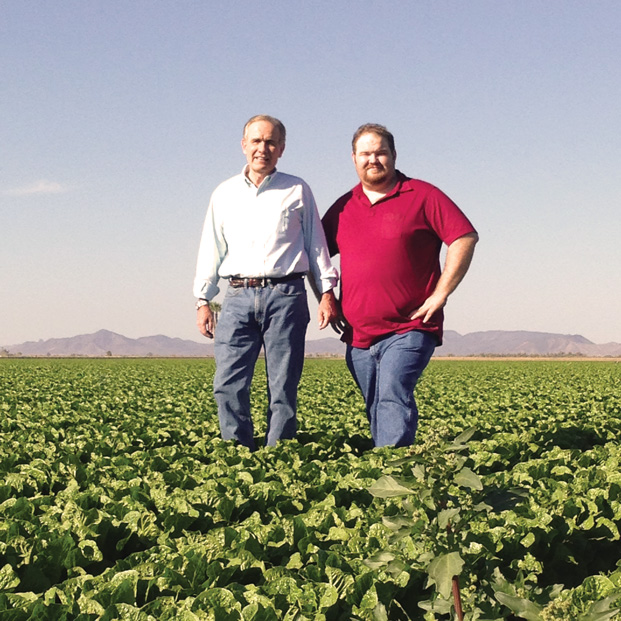 “Seeing Bruce and his successes in the industry is a huge source of motivation for me. Watching him create a two billion dollar company in annual revenue and become a dominant factor in leafy greens has been very illuminating. Same goes for Steve and the Reiter brothers,” he says. “There is good to be learned from them. I admire their success and recognize their achievements. They’re who I’m trying to emulate.”

Having been involved with the PMA Board of Directors, United Fresh, and most recently Western Growers as its new Chairman, Vic has already solidified his place among the best in the business. And with enough charm and charisma to rival Butch Cassidy, I would say he’s one major contender to keep an eye on. Just remember what Butch tells the Sundance Kid.

“Boy, I got vision, and the rest of the world wears bifocals.”