PHOENIX, AZ - Right in the middle of its rapid expansion, Sprouts Farmers Market announced it has appointed a new CEO—Jack L. Sinclair, effective June 24 of this year. Sinclair brings decades of retail experience with him to the new role and with Sprouts’ ambitious growth plan, Sinclair will have to hit the ground running. 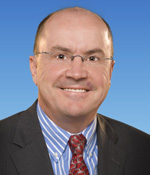 “I am humbled and extremely privileged to be appointed Chief Executive Officer of Sprouts Farmers Market,” Sinclair said. “Sprouts is a company with a higher purpose—to empower every person to eat healthier and live a better life—and the commitment of its 30,000 team members to drive lasting change in the communities they serve truly resonates with me. I look forward to working with Sprouts’ Board of Directors, leadership team, and all Sprouts team members to continue furthering that purpose.”

With 35 years of retail experience under his belt, including roles like Chief Marketing Officer for 99 Cents Only Stores from 2015 to 2018; and CEO of 99 Cents Only Stores since 2018. From 2007 to 2015, Sinclair served as Executive Vice President of the U.S. Grocery Division of Walmart, where he was responsible for all aspects of the retailer’s U.S. grocery business at more than 4,000 stores. Sinclair also spent 14 years at Safeway PLC in London, where he oversaw operations, merchandising, and marketing for over 450 Safeway supermarket and convenience store locations throughout the U.K. Since 2017, he also served on the Board of Directors of the Hain Celestial Group, a marketer, manufacturer, and seller of organic and natural products. Sinclair graduated from the University of Strathclyde, Glasgow, Scotland, with a Bachelor’s Degree in Economics and Marketing. 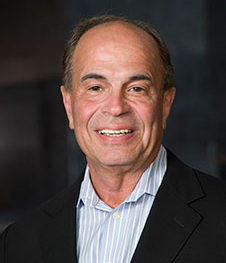 “We are extremely excited to have Jack Sinclair as our new Chief Executive Officer following a thorough search and selection process by the Board of Directors,” said Joseph Fortunato, Chairman of the Board. “Jack is a proven Chief Executive Officer with an outstanding track record in grocery and retail merchandising. On behalf of the board, we look forward to working with Jack as he leads Sprouts forward to continued success.”

At the same time, the retailer has announced the resignation of Brad Lukow, Interim Co-Chief Executive Officer and Chief Financial Officer. 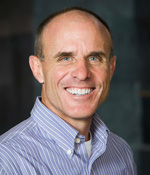 According to a press release, Lawrence “Chip” P. Molloy has been appointed by the board to serve as Interim Chief Financial Officer until such time as a permanent successor has been named. Molloy has been a member of the company’s Board of Directors since 2013, and has a wealth of experience as a senior financial executive, including serving as Chief Financial Officer of Under Armour from 2016 to 2017, and PetSmart from 2007 to 2013. He most recently served as Torrid’s Interim Chief Executive Officer during 2018.

“Chip has chaired our audit committee for several years, and his deep knowledge of Sprouts’ business, strategy, and financial operations, and experience with the investment community make him best suited to lead Sprouts’ financial affairs while we conduct our search for a permanent Chief Financial Officer,” Fortunato commented. 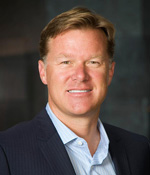 Sprouts has also announced that Shon Boney, Founder of the company and Board Member since 2002, will be stepping down from the Board of Directors.

“Having Shon on our board has been instrumental as Sprouts has undergone rapid expansion, and we thank him for his service and contribution all these years,” said Fortunato.

Will the retailer emerge stronger after this executive shakeup? And what does this mean for the company’s current and future expansion? AndNowUKnow will keep you updated.