PHOENIX, AZ - Longtime leader, current President, and Chief Operating Officer for Sprouts Farmers Market Jim Nielsen has stepped down from his post. The announcement comes following an extended medical leave, according to news source Phoenix Business Journal, which reported that the retailer filed a brief with the SEC yesterday regarding the transition.

He has remained private about his medical leave, but Nielsen is not immediately parting ways with Sprouts. Instead he is transitioning to Senior Advisor through March 31, 2020, taking responsibilities assigned to him by current CEO Jack Sinclair. 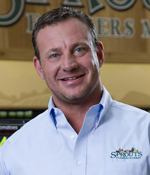 The outgoing executive has been with Sprouts since April of 2011, starting and retaining his post as Chief Operating Officer while additionally being named President in 2015. Last December, Nielsen became interim Co-CEO with ex-CFO Brad Lukow before Sinclair took on the role permanently, and the company states on his bio that Nielsen has a long history of growing the Sprouts brand.

Nielsen began his career at Smith’s Food and Drug in 1986 and held positions such as Store Director and Senior Merchandising Manager before leaving in 2002. Prior to joining the retailer, Nielsen served as President, Vice President, and General Manager of Henry’s Farmers Market from 2006 to 2011. From 2002 to 2006, he served in roles of increasing responsibility at Wild Oats Marketplace, including Director of Operations, Director of Non-Perishables, and Director of Merchandising.

We wish Jim Nielsen our best during this next step of his grocery career.