SALINAS, CA - In most cases, the industry transition from California Northern growing regions down to the desert in Yuma, AZ, has passed the halfway mark and is nearing completion. I touched base with Tanimura & Antle’s Anthony Mazzuca, Director of Commodity Management, to understand what is on the horizon for the final stretch in leafy greens, broccoli, cauliflower, and celery.

“Growers have experienced a handful of rains in Salinas which can create quality issues in product. Late season crops are typically the most sensitive to fluctuations in weather, which makes harvest estimates increasingly unpredictable,” Mazzuca explained.

Despite the rains, the current outlook does not indicate there will be any gap in supply, though the weather did create a short-lived firmness in the markets. As Thanksgiving draws near, demand will continue to increase and likely result in some higher prices. Mazzuca did note that the celery market has continued to be strong, with industry volumes looking a little short for the upcoming holiday pull. Additionally, the broccoli market is continuing to show some strength. 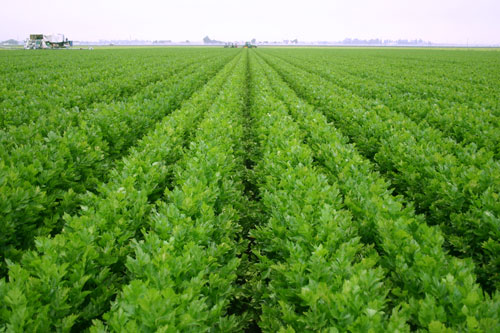 The company reports that cauliflower and broccoli, currently coming out of Salinas, will begin production from Yuma as early as November 12th. Following that, the majority of lettuce varieties will shift from Huron to Yuma on November 19th. The transition will end with Tanimura & Antle Artisan® Romaine and Tanimura & Antle Artisan® Lettuce joining up the first few weeks of December, with celery crossing the finish line from Oxnard to Yuma at the end of the year.