LOS ANGELES – Blue skies, open road, and a wide selection of electric vehicles are on the horizon after Tesla’s Founder and CEO Elon Musk dropped hints on Twitter that an electric pickup truck is in the works as the company’s next innovation. Set to be unveiled within 18 to 24 months, the new pickup truck is yet another electric model helping highways become eco-friendlier. 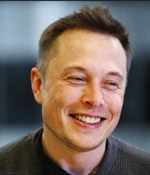 “I promise that we will make a pickup truck right after Model Y. Have had the core design/engineering elements in my mind for almost 5 years. Am dying to build it,” Musk wrote on Twitter last week.

According to USA Today, the pickup truck will have a similar total size to the Ford F-150 line of trucks, only slightly bigger, which Musk teased was due to a “game-changing” feature. 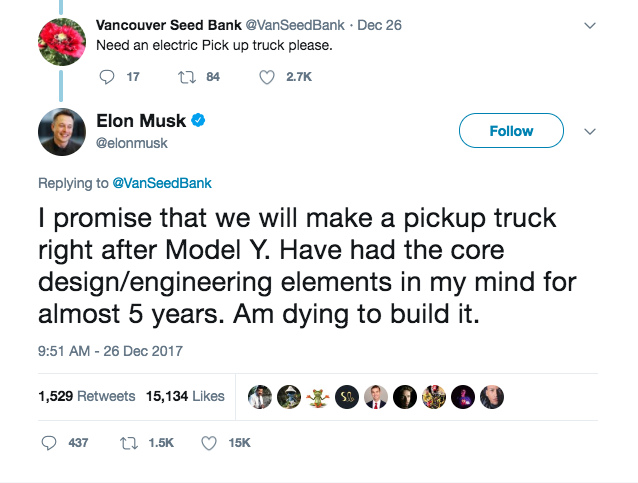 Tesla first announced plans for a pickup truck last July, around the same time it was developing a commercial truck, a public transport bus, and a compact sport utility, according to Reuters. However, many are speculating the pickup truck is officially on the assembly line and in production after Musk’s tweet.

With big plans already in the works for the electric vehicle company, will more retailers rely on electric transportation in 2018? AndNowUKnow will continue to report on the tech that is taking over our industry.