HAYMARKET, VA – Though the occurrence is, hopefully, somewhat rare, a supply truck filled with tomatoes found itself in quite the predicament yesterday morning after crashing into a guardrail and then bursting into flames.

With its inventory of tomatoes sent flying, Potomac Local reported that the pulpy mess closed down Interstate 66 when the truck rolled to a fiery stop underneath a new and busy bridge called the Diverging Diamond Interchange. 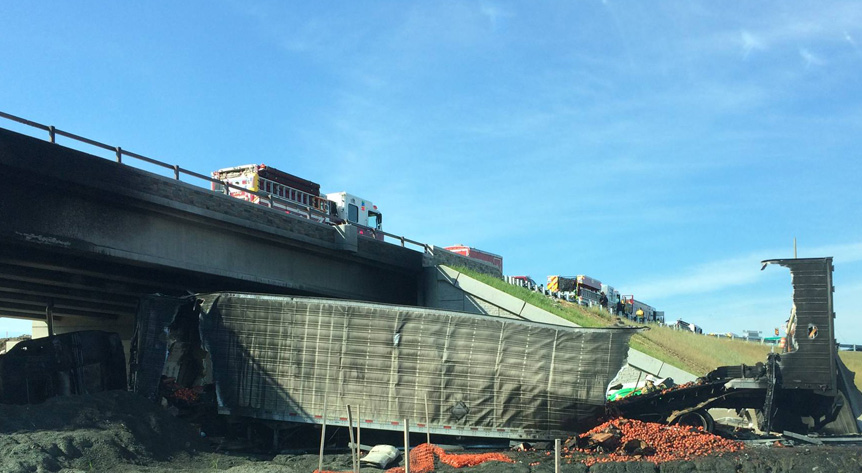 Authorities say that there were no major injuries sustained during the crash. The driver of the truck suffered minor injuries and will face reckless driving charges. The man reportedly drove off the left side of the road going east before eventually hitting a guardrail. The Virginia State Police cited fatigue as a factor in the crash.

Continued closures and delays are expected in the area as authorities continue to clean up the scattered tomato treasures of the wreck.

No word has been given on the survival rate of the tomato crop inside of the trailer, but odds are, that the load has now become a permanent stain of highway salsa.