CALIFORNIA - Have you ever wondered about the inspiration behind one of the nation’s most popular retail chains? Wonder no more, as Founder Joe Coulombe explains all in a posthumously published memoir, Becoming Trader Joe.

According to an article from the Los Angeles Times, Coulombe penned this memoir in the early 2000s. In it, he wanted to depict a sort of “how I did it” history of Trader Joe’s, including the research and influences that came to power the chain.

The news source explained that Patty Civalleri, an author and speaker who helped bring the book to publication, was told by Coulombe that he didn’t believe the book would ever be published. He simply wanted to write down a record. 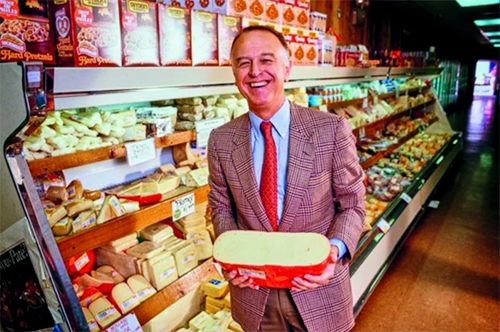 The book’s full title, Becoming Trader Joe: How I Did Business My Way & Still Beat the Big Guys, is full of Coulombe’s signature spirit. His energy and entrepreneurial prowess shine on the page, as does his ability to foresee what many consumers love the most about the retail chain: its characteristic outlier mentality.

It is no secret that Trader Joe’s helped pave the way for shoppers' exploration in food. As the news source noted, Trader Joe’s both predicted and helped create the international and intercultural exploration that now defines American cuisine.

As an avid reader, I know I’ll be picking up this memoir to learn more about the history of Californian retailers and the changing landscape of grocery.