BALTIMORE, MD - After a year that brought us a food waste restaurant, Oddball Organics™, and imperfect produce programs at retailers like Loblaw and Raley’s, “ugly” produce has finally made it to prime time TV.

Evan Lutz brought his company, Hungry Harvest, in front of investors Mark Cuban, Robert Herjavec, and the rest of the cast of ABC’s Shark Tank to see if they’d put their money into the growing produce trend.

Hungry Harvest is a company that makes its money by taking produce that would otherwise be food waste headed to the landfill, and selling them to a list of subscribers in Maryland, Virginia, and Washington D.C. at discounts upwards of 20%. Business Insider reports that the boxes of ugly produce range from $15 to $55 a week depending on size, and include leafy greens, vegetables, fruits, and even seasoning. On top of that, Lutz and Hungry Harvest donate a meal to the hungry for every bag of produce it delivers. 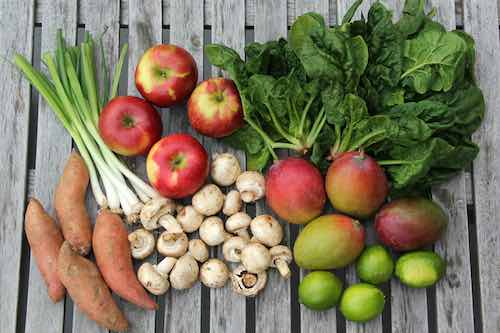 Lutz explained during "Shark Tank" that he's aiming to solve both the problems of hunger and food waste in the United States. One-sixth of the American population goes hungry, he claims.

Since its founding in May 2014, Lutz claims the company has “rescued” over 300,000 pounds of produce from local farmers and wholesalers, and has donated about 100,000 pounds of that to feed the needy, according to NPR.

The U.N. Food and Agriculture Organization estimates that global food wastage was responsible for 3.6 billion tons of CO2 equivalent emissions in 2007, the most recent year for which data is available. Wasted food also takes nearly 60 cubic miles of water to produce every year.

You can watch the video below, Lutz's application to be on Shark Tank, to learn a little more about the company.

Lutz spoke with NPR about Hungry Harvest, telling the news source that while his company only has 600 subscribers at present, "we're expecting to almost double that within the next week or so" following its big debut on national television.

Did Lutz get the $50,000 investment he asked the sharks for? Turns out Robert Herjavec took the bait and chose to invest $100,000 in exchange for 10 percent of the produce company.

I, for one, hope this stint on the small screen give this hot trend the boost it needs to go global in 2016.

Hungry Harvest fights food waste & hunger in America. For every produce delivery you receive, we donate a healthy meal to...