US Foods Introduces Fall Flavors From Around the World

ROSEMONT, IL - US Foods announced this morning that it has collaborated with nationally recognized chefs Diana Dávila, Thai Dang, and Sameh Wadi to create products with Latin American, Asian, and Middle Eastern influences. The new line is dubbed Fall Scoop 2019, which highlights a “Global Discovery Made Easy” concept, as 54 percent of consumers claim to make a point of trying novel global foods. 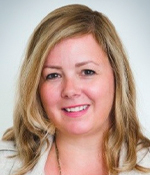 “Today’s diners are more adventurous, and they expect diverse, authentic food experiences,” said Stacey Kinkaid, Vice President of Product Development and Innovation. “Chef Dávila, Chef Dang, and Chef Wadi shared incredibly helpful insights and feedback on Scoop products with Latin American, Middle Eastern, and Asian influences, such as al pastor, beef shawarma, and bulgogi beef. By focusing our efforts on items our operators would normally not have the time, resources, or experience to create on their own, we have delivered turnkey solutions they can add to their menus with confidence.” 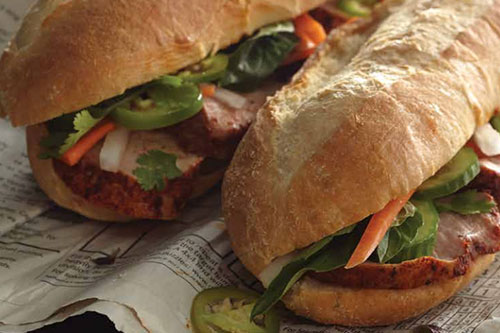 Chef Dávila was tasked with bringing the flavors of Latin America to Fall Scoop. A 2019 finalist for the coveted James Beard Award and a 2018 semifinalist in the Best New Restaurant category, she is also a recognized authority on Mexican cuisine and draws from nearly 20 years in the restaurant industry. 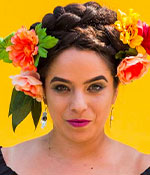 “Creating al pastor with US Foods was an exciting challenge because it’s typically a street food in Mexico that takes time and special equipment to prepare,” said Chef Dávila. “In staying true to the authentic dish, the Chef’s Line All Natural Al Pastor was cooked on a spit, so the meat comes in shaved slices with charring. It’s a savory and delicious product that is already seasoned so it can quickly be prepared and added to any meal.”

Fall Scoop products made with the ingredients and flavors of Latin America include:

According to a press release, 54 percent of consumers eat foods influenced by Asian cuisine at least once per month. US Foods partnered with Chef Thai Dang, a two-times James Beard Award semifinalist, to advise on products with multiple culinary influences from Asia, including Korean, Vietnamese, and Taiwanese. Chef Dang is known for his innovative and modern takes on classic Vietnamese dishes at HaiSous, which was recently recognized by Thrillist as one of the best Vietnamese restaurants in America. 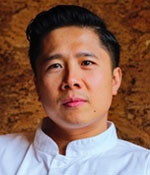 “I was excited to share my creativity with US Foods and adapt some of my favorite Asian flavors into the new Fall Scoop products,” said Chef Dang. “The Chef’s Line All Natural Bulgogi Beef stands out for me because it can be served in so many ways, like in a stir fry, lettuce wrap, or even as a bulgogi poutine. Operators can put their own spin on a product like this and turn it into a dish they know their diners will love.”

Highlights of Fall Scoop products made with Asian influences include:

The press release also reported that 51 percent of consumers prefer to eat Middle Eastern food at a restaurant rather than making it at home. Chef Sameh Wadi, a self-described “spice connoisseur” who is well known for his creative use of spices, was tasked with bringing Middle Eastern products to Fall Scoop. Chef Wadi is also a five-time James Beard Award semifinalist for Rising Star Chef of the Year, and takes a contemporary approach to Middle Eastern cuisine. 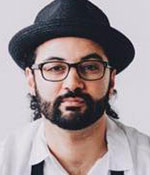 “I think the reason so many people love Middle Eastern food is because it’s often made with darker spices and ingredients that have layers of flavor, and shawarma is a great example of that,” said Chef Wadi. “I’m really proud of how well the Chef’s Line All Natural Beef Shawarma can translate for operators’ menus. We tried a few versions to get the seasoning just right, and through different tastings and iterations we created a delicious blend of spices that takes the product to the next level.”

Highlights of Fall Scoop products made with Middle Eastern culinary influences include:

To see the entirety of the US Foods' Fall Scoop, please click here.

Bringing international flare to the fall time is a unique way for foodservice operators to spice up the season. Stay with us at AndNowUKnow as we unveil the season’s most innovative concepts.