BENTONVILLE, AR - It appears that Walmart is turning over a new leaf this season. The powerhouse retail chain announced plans to relax deadlines for some supplier deliveries in the wake of prior shifts to tighten deadlines. The move is thought to be in an effort to ease pressure felt by manufacturers, who, like we previously reported, are currently dealing with transportation woes and a shortage of drivers.

Walmart’s own trucking fleet and outside transport providers currently ship many of its suppliers’ goods. The result of this change is that shipping schedules have now eased, so stocks of food, household goods, and health and beauty products that arrive one day early to the regional distribution centers will not be subject to fines now—as opposed to last year’s shipments, which were.

The reason they were fined to begin with is they worry that overstocks would be created, but this is one way the company is navigating the changes made to driving regulations, which have relayed into higher shipping costs, a recent Bloomberg article explains. The news source goes on to explain that the tighter shipment schedules originally implemented, which were put into place last August, were designed to boost sales and cut back on out-of-stock items. On the flip side of this, the company saw a risk of deliveries coming late to its 4,700 U.S.-based stores, which is why it is easing up on this plan of attack during the current delivery chaos. 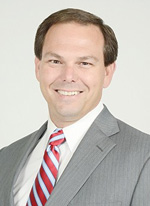 “This capacity crunch is real, and it’s getting tighter,” said CaseStack Vice President of Sales and Marketing, Colby Beland. “Walmart understands that, so they’re relaxing those windows so suppliers won’t have to take price increases.”

In the same Bloomberg piece, the company relayed that the early-shipment option that it is now trying on for size is not a result of the trucker shortage and will only be made available to some distribution centers, not all; however, the capacity crunch can be seen within the decision to make this move.

How will this move reflect in overall sales for the company, and will we see more strategic shifts in trucking plans moving forward as we navigate this current driver shortage? AndNowUKnow will continue to keep you updated with the latest!