NEW YORK, NY - There are few rare days that I get to go into work knowing I get to write about Beyoncé, and much to my personal delight, today was one of those days. The songstress and entrepreneur is doubling down on her now well-known partnership with WTRMLN WTR, introducing a new product dubbed LMNADE.

When Beyoncé released her visual album “Lemonade” at the end of April, consumers were bombarded by a slew of reviews, articles, and gossip, but they were also bombarded by thirst. Now, WTRMLN WTR is using this buzz to provide the company’s first foray outside its flagship product, combining the freshness of cold-pressed watermelon with organic lemon juice.

“I invested in WTRMLN WTR because it’s the future of clean, natural hydration; as partners, we share a simple mission to deliver accessible wellness to the world,” said Beyoncé upon revealing her investment in the company as part of her recent mission to take on the health and wellness sector. “This is more than an investment in a brand, it’s an investment in female leaders, fitness, American farmers, and the health of people and our planet.” 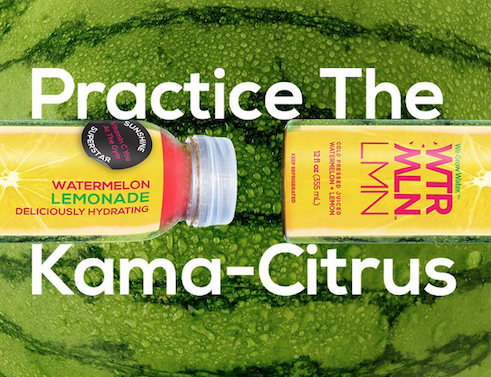 According to a press release, WTRMLN LMNADE touts the same functional benefits and clean nutritional label as its original product, using only three ingredients—watermelon flesh, watermelon rind, and organic lemon. The watermelons pressed to make the company’s products come from family-owned U.S. farms, and are primarily made from watermelons that would otherwise become food waste.

I don’t know about ya’ll, but I very much look forward to cozying up with my Beyoncé iTunes library and drinking a LMNADE, all the while combatting food waste.

Our magical tale begins with our own WTRMLN whisperer, whose gift of hand selecting and harvesting the earth’s ripest,...