WATSONVILLE, CA - Over the course of the last year, the ANUK team has been following along with Costco’s foray into the Chinese market—but we haven’t been the only produce-forward team doing so! California Giant Berry Farms has been following along as well and even has partnered with the big-box retailer so that fresh California Giant berries were on display when Costco opened the doors to its first China warehouse club location. 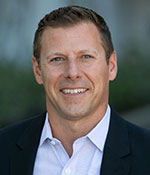 The first-ever Costco location officially opened on Monday. Prior to that, California Giant prepared various inspections, phytosanitary certificates, logistical processes, and documentation with the Santa Maria Ag Commission and USDA before exporting 90 crates of fresh strawberries—with excellent quality, of course!—to Shanghai, according to a press release 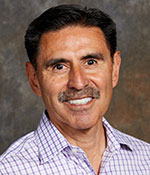 “Today marks a banner day in which our partner California Giant assisted Costco Wholesale in navigating through the rigors of testing protocol to successfully launch the opening of Costco's first warehouse club in China,” said Frank Padilla, Vice President, GMM Produce and Meat at Costco Wholesale. “We’re grateful to be able to offer high quality California strawberries to our Chinese members with the assistance of California Giant.” 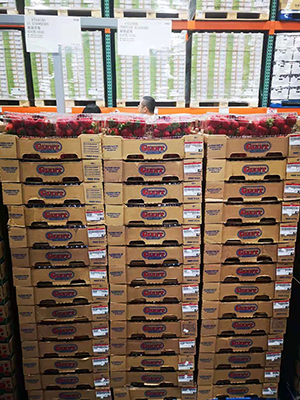 In order to meet the deadline of Costco’s opening date, California Giant combined the strength of its teams, including its sales, operations, and field teams, to harvest, pack, and ship its latest Santa Maria fall crop to Shanghai over the weekend.

“It takes a village,” added Juanita Delgado, Office Coordinator and Southern Region Food Safety Coordinator for California Giant. “We always strive to execute for our partners and deliver the best quality and consistency that we can. When our partners at Costco asked for berries for their first China warehouse grand opening—we were eager and excited to accept the challenge. Communication was key, and both the California Giant and Costco teams worked seamlessly together, despite some logistical hurdles, to ensure berries arrived in Shanghai with quality and flavor reflective of our standards.”

The press release also noted that exports are not new to the international berry company, with California Giant even looking to expand its venture in the future. As we patiently wait for how this venture unfolds, keep checking back with AndNowUKnow for the latest and greatest produce partnerships happening around the globe!