LA CAÑADA FLINTRIDGE, CA - As 2016 draws to an end, the Allen Lund Company’s (ALC) has another noted engagement to add to its year of charity-minded acts. First kicked off in March with pledged acts going until the company's anniversary on January 29, 2017, ALC will add to its now surpassed 40 Acts of Kindness through its continued partnership with Navidad En El Barrio.

As ALC Director of Marketing and Communication Nora Trueblood recently told me, the company is now in its 12th year of supporting the holiday-themed charity organization, and looking to contribute even further.

"Mr. and Mrs. Lund have always been community minded–they raised their children that way and have continued that spirit within the company," Nora says of the company’s involvement. "Navidad En El Barrio is a great fit for us, as we invite our grower/shipper customers and our carriers to participate with us."

Navidad En El Barrio was first established in 1972 by former NFL player David Villanueva to provide Christmas dinners to families in need all throughout Southern California. The team serves over 15,000 families and 75,000 people each year through the program. 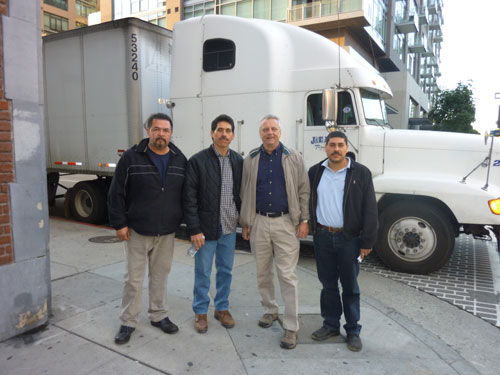 ALC will spearhead contributions through its own company by helping donated product arrive to a Southern California warehouse for Navidad En El Barrio. Nora says that ALC will be at the donation’s warehouse from December 5-10 to accept produce contributions.

ALC will also be on site and providing employee volunteers at the Society of St. Vincent de Paul on December 17 to help assemble Christmas dinner food baskets, and hand out toys and coloring supplies to waiting families. There will also be a Toy Drive under way, with items being collected at ALC and delivered to St. Vincent de Paul. 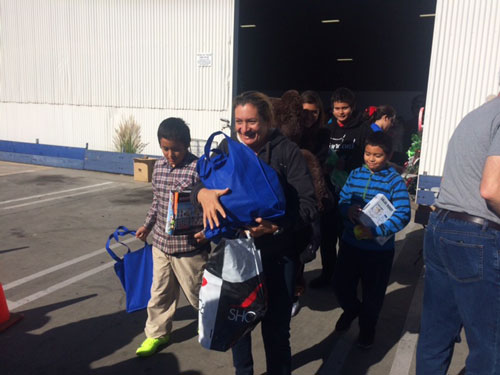 "What started in just assisting with the transportation of Christmas dinners to agencies throughout Southern California to the most under served families, has grown to include more and more of ALC grower/shippers, carriers, and our employee volunteers who want to participate," Nora tells me. "It is one of the most rewarding events ALC participates in each year."

ALC is encouraging its growers in the Western U.S. to do a kind deed themselves by arranging product to contribute to the program that would enliven recipient’s baskets. Nora says that throughout the company’s length of participation, ALC has helped feed almost 1 million people.

Companies interested in participating with contributions to Navidad En El Barrio can contact Nora for more information and coordination for transported goods.

ALC has already performed 61 Acts of Kindness throughout the year, with more events and charity-minded occurrences planned over the holiday season. The Acts of Kindness pledge was sparked from ALC’s 40th year in business, and marks the company’s biggest community outreach program yet.

As ALC continues its charitable acts through the year’s end and beyond, stick with AndNowUKnow for all the latest updates.