Analysts Speculate Amazon is Looking Towards the French Grocery Market

PARIS, FRANCE - Frédéric Duval, Country Manager of Amazon France, has spoken to the French newspaper Journal du Dimanche, stating that Amazon aims to launch grocery delivery service in France. Though the move does not yet have any clear traction, Reuters reports that analysts have speculated that Amazon would target the European food and supermarket sector following its purchase of Whole Foods last year. 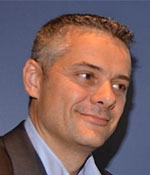 “(Food) is a strong development axis for Amazon since the launch of our Amazon Fresh offer in the U.S. in September 2016. We would very much like to launch this service in France, but everything in its own time. A launch represents an investment,” said Duval to Journal du Dimanche.

According to Reuters, privately held French supermarket operator Systeme U said that they are discussing a possible grocery supply deal with Amazon, which would pair well with Amazon’s initiative to create 2,000 new jobs in France, as reported by Journal du Dimanche.

Though this is not the first time Amazon has eyed the French grocery market, as we previously reported, this move would involve delivery rather than brick and mortar.

We look forward to seeing Amazon’s continued expansion into the European market and hope you’ll stay with us here at AndNowUKnow.