SACRAMENTO, CA - The Women’s Fresh Perspectives Conference (WFPC) is almost here, and I’m so excited my bags are already packed! Just kidding, I’ll be packing in a mad dash the night before the way I always do, but that does not belittle how truly pumped I am to meet the talented ladies of the produce industry. In the weeks leading up to this year’s conference, I had the chance to speak with several women in the industry who clued me in to their experiences as produce pros. April Ward, Marketing Communications Director for the California Leafy Greens Marketing Agreement (LGMA), spoke with me about her time in the wide world of produce, leaving me with the impression that while some days are hard, all days are worth it. 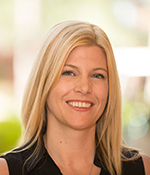 “Produce people work hard and play hard,” April explained. “I've made a ton of great connections in the leafy greens industry through my work at the LGMA, and I've made a lot more wonderful connections within the broader produce industry through events like WFPC, PMA, and United. In my opinion, produce may have started as a male-dominated industry but today it offers equal opportunities for anyone who is willing to put in the work.”

After spending over a decade in produce (12 years in October)—all of which have been with LGMA— April has had her share of ups and downs, though the value of difficult experiences is not lost on her. 2018 was a tough year for the leafy greens category, as April explained that the foodborne illness outbreaks tied to leafy greens began in January of last year and did not fully conclude until January 2019. April and the rest of LGMA spent 164 out of the 365 days in active crisis mode trying to mitigate the damage. 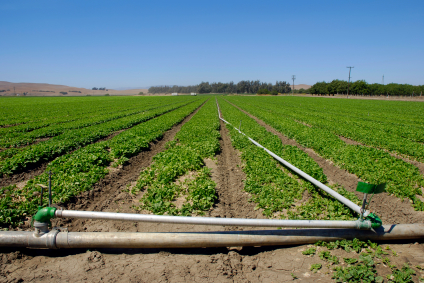 Though last year may have been harrowing, April was amazed to see how growers, shippers, buyers, and produce industry associations worked together to reopen markets and provide assurances about the safety of products.

As a produce industry newbie, I was unaware of how much the industry has changed for women, something that WFPC proves with its very existence. For April, WFPC is a chance to not only connect to other women in the industry, but to embark on a quest of personal discovery.

"I was able to go the first year that it took place and found it super valuable,” April concluded. “It helped me to learn my strengths (and weaknesses) and helped me to make some changes in the workplace I that I am still benefiting from today."

For more exclusive interviews in the lead-up to WFPC and other industry events, keep reading AndNowUKnow.