GLENNVILLE, GA - Bland Farms® and Paramount Pictures Corporation threw the retail world into a mad dash of nautical nonsense recently with the announcement of their national retailer display contest. The grower asked produce managers to build the most fun, creative, and interactive Vidalia® Onion displays inspired by the upcoming SpongeBob SquarePants movie for the chance to win multiple prizes totaling $10,000. After much planning and anticipation, the seacret is out! Bland Farms has chosen the winners of “The SpongeBob Movie: Sponge on the Run & Bland Farms Retailer Display Contest.” 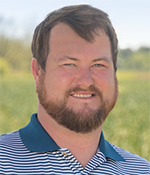 “This year has brought so many challenges. Bland Farms is especially proud to have offered this wonderful opportunity to our retailers so they could create such a memorable shopper experience in produce,” said Troy Bland, Chief Operations Officer.

According to the press release, contestants were judged according to criteria such as the size of the fresh display, creative use of point-of-sale materials, and, of course, use of the iconic SpongeBob SquarePants characters. 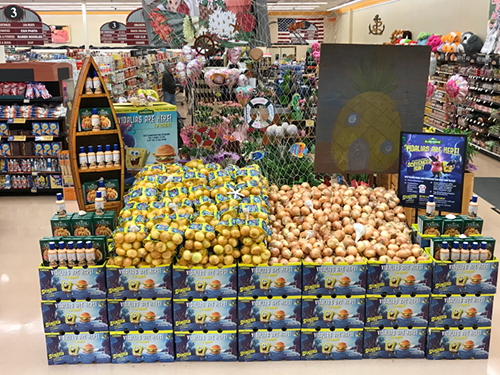 The four first-place winners that each received a $1500 gift card were:

Two second-place winners received a $750 gift card and were given to: 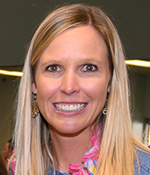 “We were so inspired by the creativity of our retailers and grateful for their participation. Not only did they help us get our fresh Vidalias to the shopper, they also captured the spirit of SpongeBob, bringing us all some much-needed fun and excitement,” said Meg Robinson, Bland Farms Sales and Marketing Manager.

The contest was a partnership between Bland Farms and Paramount Pictures Corporation to promote Bland Farms Vidalia Onions in conjunction with the release of The SpongeBob Movie: Sponge on the Run. The movie hits video-on-demand marketplaces in early 2021 before landing on CBS All Access. 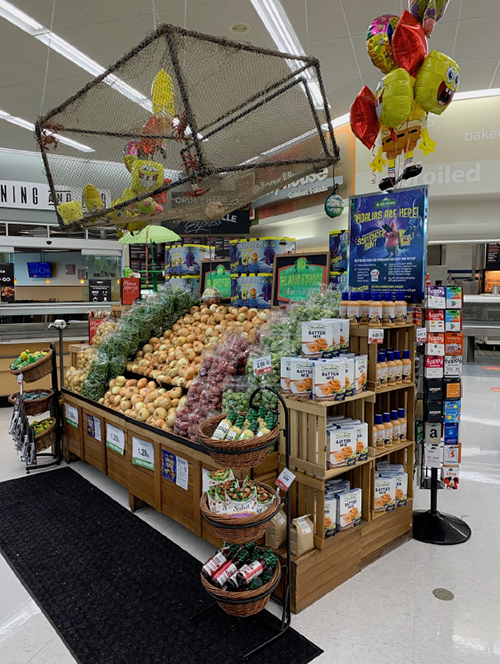 In addition to the retailer display contest, Bland Farms also ran a consumer scavenger hunt to find themed SpongeBob PLU stickers to tag on social channels and a sweepstakes where shoppers had a chance to win multiple prizes including a grand prize trip to Paramount Pictures for a family of four.

Congratulations to all the winners! For the latest updates and strategies to promote fresh produce in-store, keep checking back to AndNowUKnow.