This effort is being brought to fruition through the hard work and congregation of partner importers, Patagonia Organics and Bridges Organics, as well as nonprofit certifier, Fair Trade USA. 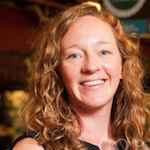 “Apples and pears are some of the most widely consumed fruits in the United States, but until now there has never been a Fair Trade Certified option,” said Hannah Freeman, Senior Director of Produce and Floral at Fair Trade USA in a press release. “We’re proud to partner with Lago Verde to bring these products to market, empowering farmworkers to build sustainable livelihoods for their families and communities.”

Family-owned Lago Verde is operated by Hugo Sanchez and his son Nicolas. The company also employs both seasonal and full-time employees, and since the workload has grown, the variety of workers has grown to include a mixture of local and migrant workers from other regions in Argentina and South America. 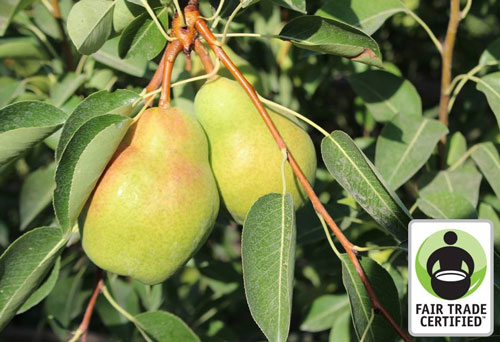 The company says it committed to improving the individual development and well-being of its workers and the community around them. Over the years, the family-owned business has devoted funds for various needs including schools, healthcare, upgrading homes and religious activities in their local community and nearby native villages.

Furthering this commitment to social responsibility, Lago Verde will help secure better wages, safer work conditions, and the freedom of association for their workers, as well as promoting environmental stewardship. It is the commitment to their workers and local community that has inspired Hugo and his son Nicolas to become Fair Trade Certified, Bridge Produce President Ben Johnson says, adding, “Fair Trade will allow them to further the work they have already begun.”

Each of the 40-pound apples and pears boxes will carry a $1.64 premium, of which 100% will return to the Lago Verde Fair Trade Worker Committee. The company expects these funds to improve not only the workers’ lives, but also to foster empowerment and encourage them to prioritize and oversee projects which hold importance to them.

This is the second Fair Trade program that has been supported by Bridges Produce, who has partnered with Rico Farms to sell Fair Trade row crops from Hermosillo, Mexico.

“Fair Trade is in the spirit of the original organic movement, to create a better world for all stakeholders,” added Johnson.

To learn more about the partnership, contact Bridges Produce at [email protected].