“We wanted to host an event that immersed the blogosphere into our own everyday experience,” Communications Manager Catherine Gipe-Stewart shared about a recent tour the company hosted for eight influencers in its Yakima Valley orchards and warehouse. “Influencers had the chance to take sunrise photos, harvest Autumn Glory apples, and experience an Autumn Glory apple-themed dinner.”

The aforementioned event was the first of many, kicking off the social media awareness campaign with influencers from across the United States, including Café Johnsonia, Everyday Maven, Foolproof Living, Fox & Briar, Millennielle, Nosh and Nourish, PDX Food Love, and Piloncillo y Vainilla.

Now, for the months of November and December, Autumn Glory apple is teaming up with feedfeed for a partnership that includes a giveaway, recipe creation, and Autumn Glory Apple Pie Workshop. According to a press release, feedfeed is the largest global crowdsourced digital cooking publication, with a community that boasts over 2 million Instagram followers throughout their feeds. feedfeed's high engagement rate has garnered Autumn Glory apple content more than 5 million impressions so far.

With a focus on crafting delicious meals using the Autumn Glory apple, Erin Clarkson of Cloudy Kitchen led an Autumn Glory Apple Pie Workshop of over 15 influencers to make a herringbone lattice apple slab pie. The event was designed to encourage engagement on Instagram and Instagram Stories, the company shared, and included a photo studio for professional photos to be taken throughout the event. 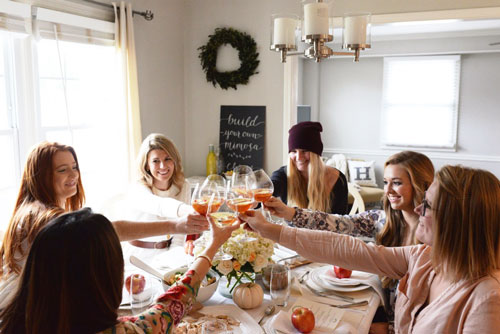 Attendees mingled and created while noshing on Autumn Glory apple cheeseboards, Squash and Apple Soup, and the signature cocktail of the evening, Autumn Glory Apple Margaritas, created by Jessica Fiorillo of Feed Me Dearly. In total, influencers that attended hold a total Instagram audience of over two million followers.

“Autumn Glory apples taste like nature’s own caramel candy! I’m not even kidding my friends-these are hands down the best apples I have ever tried,” Luisa Hammet, MS RD LD, of Peaches to Pearls and host of the second annual Atlanta Autumn Glory Brunch Party said. “I like cutting mine up and dipping them in almond butter for a healthy snack. They also add a lot of flavor to any dish-especially fall dishes!”

Lastly, in Boston, Lauren Pariseau of Hunger|Thirst|Play hosted her Autumn Glory-themed potluck with a New England touch, writing, “When you grow up with apple orchards in your backyard you tend to get a little snobby about the crisp, sweet, tart produce. Well, I’m sorry to break the news New England...the Pacific Northwest is here with Autumn Glory apples and they’re getting a front and center spot on our fall-inspired table. Firm texture, skin that snaps, and a noisy-in-a-good-way bite is a solid start to winning over New England apple lovers. But the smell and the taste, oh man you guys, pull up a chair and break out your scratch and sniff screens.” 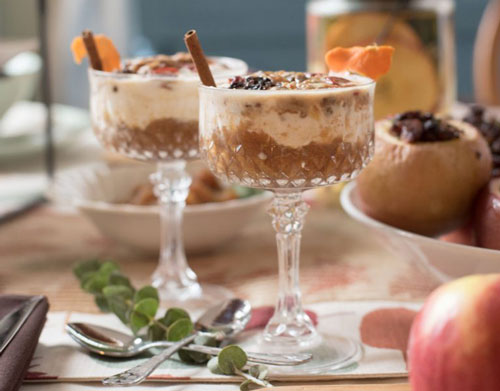 At the potluck were Boston bloggers including Sweet & Masala, Where the Blue Boots Go, Life as a Maven, Prim and Propah, and Stress Baking, and dishes ranged from “sweet to savory, and baked to braised,” including Savory Baked Apples, Apple Cinnamon Whiskey Smash, Apple Hand Pies, and Lollipop Lamb Chops with Autumn Glory Chutney.

Following along with the rise of Superfresh Growers’ Autumn Glory apple? Continue the story with AndNowUKnow, and check out more online on Facebook, Twitter, and Instagram.