YAKIMA, WA – FreshFruits Marketing of Washington announced earlier this week that it has promoted Chuck Zeutenhorst to General Manager. Zeutenhorst moves into his new role after having served as the Export Sales Manager and Domestic Sales Specialist for FirstFruits.

“I’m proud to be a part of a company constantly striving for the best in quality, while remaining focused on an unwavering commitment to giving back,” said Zeutenhorst in a statement. Zeutenhorst has been a leader in the Washington produce industry for 36 years and has worked for FirstFruits since 2001.

As the new General Manager at FirstFruits, Zeutenhorst said he plans to sharpen the focus on making FirstFruits Marketing a customer-centric apple company while promoting what he calls “the best apple variety grown in the United States today” – the Opal apple. 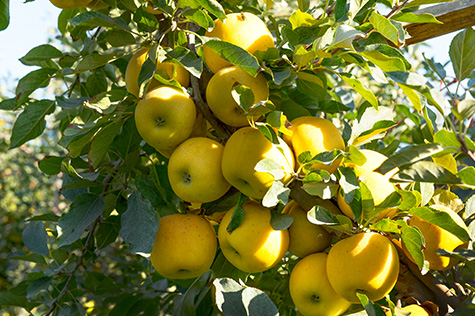 “The Opal apple has a reputation among consumers of being one of the best they’ve ever tasted,” said Zeutenhorst. “We look forward to larger volumes and strong opportunities to invigorate the category as part of our program for the apple that makes a difference.”

One could speculate that Zeutenhorst has Washington produce in his blood. Born and raised on apple, pear, and cherry orchards in the Yakima Valley, Zeutenhorst said he always knew he would have a career in the industry that shaped him.

We would like to congratulate Chuck Zeutenhorst on his latest achievement in his long and storied career. And as always, we’ll keep you updated on all the latest leadership changes at AndNowUKnow.

FirstFruits Marketing is dedicated to growing the highest quality apples and cherries in the industry. We grow over 10...