Fresh Produce Association of the Americas Supports Nomination of Katherine Tai as U.S. Trade Representative and Thomas Vilsack as Secretary of Agriculture

NOGALES, AZ - With key political moves taking place that play a crucial role in the future of the agricultural industry, the Fresh Produce Association of the Americas (FPAA) has joined with the Food & Agriculture Associations in issuing a letter addressed to the U.S. Senate Committee on Agriculture, Nutrition, and Forestry and the U.S. Senate Committee on Finance. In the letter, the FPAA expresses its support of Secretary of Agriculture nominee, Thomas Vilsack, and U.S. Trade Representative nominee, Katherine Tai.

“Both Representative Tai and Secretary Vilsack have an outstanding knowledge of the intricacies of trade and the value of building meaningful and productive relationships with their peers in Mexico,” said FPAA President Lance Jungmeyer. “These nominees will help fulfill the promise of USMCA.”

With the new Biden Administration beginning its preparations for the next four years, the FPAA puts great importance on supporting nominees who support trade that includes tackling non-tariff barriers to trade, according to a press release. 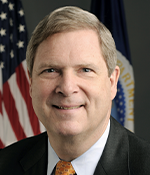 To read the letter in support of Secretary Tom Vilsack, click here. 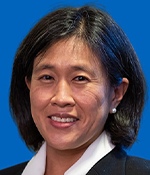 U.S. Trade Respresentative nominee Tai will also be playing an integral role as she works alongside President Biden as his primary trade advisor. In her position, Representative Tai will also oversee trade negotiations with other countries. She has a wide-range of experience with trade negotiations and played a key role in the most recent United States-Mexico-Canada Agreement (USMCA.)

To read the letter in support of Representative Katherine Tai, click here.

For the latest news from around the fresh produce industry, keep checking back with AndNowUKnow.