Irish Authorities Uncover $14.6M Worth of Cocaine Hidden Amongst a Shipment of Fresh Fruit

CORK, IRELAND - In Ireland, roughly €12.04 million ($14.6 million) worth of cocaine was discovered in a refrigerated container of fruit. Upon arrival at Ringaskiddy Port, officers from the Garda’s Drugs and Organized Crime Bureau and Revenue’s Customs Office found 172 kilograms (372 pounds) of the illegal substance.

According to a report from The Irish Times, this drug bust is one of the biggest drug seizures the Republic of Ireland has seen in recent years. An uptick in drug seizures has occurred within the past 12 months, as the country has dealt with multimillion-euro seizures. 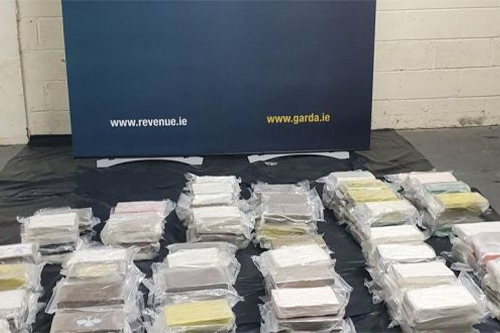 Assisted by sniffer dogs and an X-ray scanner, officials uncovered the drugs after searching through several of the 40 containers aboard the ship. It is believed that the ship departed the port of Moin on Costa Rica’s Caribbean coast, although customs officers are still inquiring into the origins of the container which held the drugs.

Police are currently tight-lipped on this investigation, having made no comment in regards to current arrests.

Keep reading us here at AndNowUKnow as we continue to watch these investigations unfold.