RIO RICO, AZ – MAS Melons & Grapes are only a week out from the start of Sonora’s table grape season, and the company is projecting a strong season, with an estimated volume of 19 million cartons.

“Sonora’s table grape production is extremely important for the fresh produce industry, as it happens right between the end of the South American season, mainly from Chile and Peru, countries with the highest exports to the United States, and the beginning of the California season, mostly from the San Joaquin Valley,” explained Miky Suarez, President, in a press release. “I think Sonora along with the Coachella Valley in California are considered as the beginning of the spring, since after a long winter season, it is time for the industry to get ready for a new beginning.” 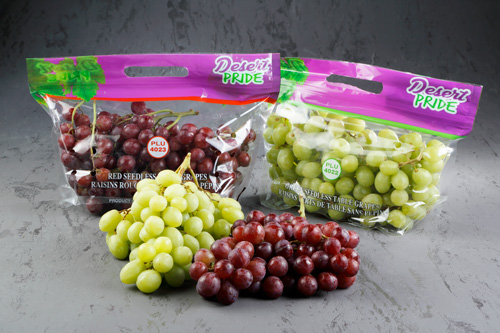 The company noted in its press release that both its Hermosillo and Caborca crops—strategically located in regions where fertile soil and climate make for ideal cultivation—look like they are headed toward a good season. And the company noted that MAS Melons & Grapes grower partners use some of the most technologically-advanced farming and post-harvest method to provide the best, premium-quality grapes possible to its international customer base.

“In addition to the United States and Canada, which are our main markets, this year our company is planning to export to New Zealand, Japan, and if quality and volume conditions remain as expected, to the south of Asia, like Malaysia and Singapore, and at a lower proportion, to England and Panama,” said Miky.

“Currently, few premium varieties from the SNFL Group in Spain are being tested in the field, and our company has already allocated some acreage to commercially produce them next season," said Miky.

According to the company’s press release, the overall quality of fruit this year is expected to be very promising, to show good uniformity of bunch structure and berry size. The company noted that, should conditions remain in place, the season outcome will be outstanding.

Generally, Mexican table grape season starts the first week of May and lasts through the first or second week of July. With some varieties like Red Globe, though, the overwhelming majority of total volume is harvested by the end of June.

For more on seasonal offerings and important produce providers, check in with us a AndNowUKnow.

Using the latest production methods and the most rigorous quality standards, we grow fruits rich in flavor in order to...