LEAMINGTON, ON - Nature Fresh™ Farms officially dug the shovels in on its 180-acre greenhouse project in Delta, Ohio as of Friday, April 10. 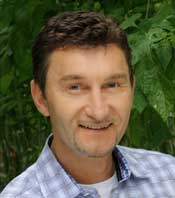 “We are extremely delighted to be here today to put the first shovels in the ground for Phase One of our Delta Greenhouse Project,” Peter Quiring, President & CEO of Nature Fresh™ Farms, said in a press release.

The big event took place with key state and local officials, as well as over 150 people in attendance from local, state, and congressional representatives, as well as those from the local community.

As we previously reported, the entire project is structured to take place in 12 phases spanning over seven years, eventually becoming a high degree automation, state of the art facility. 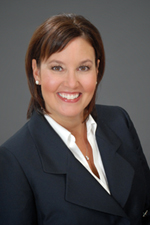 “This project is about cooperation and partnership,” Mary Taylor, Lt. Governor for the state of Ohio, who took part in the ground-breaking. Taylor also commented on how the project would create more than 300 jobs for Ohio residents, to a round of applause, according to the release.

Among the different features the new facility will have are the use of special High Pressure Sodium (HPS) lights to allow the company to continue to grow produce throughout the winter. The greenhouse will also be a neighbor of North Star Blue Scope Steel, who the company says it will be called upon to partner with in the long-run to share waste heat and CO2 in order to help heat the greenhouse while reducing the carbon footprints.

Several officials present commented on the attraction of more people to the local community, the new jobs the project will create, and the community support the company has received upon the arrival of the Nature Fresh™ Farms greenhouse project. The company anticipates picking its first Ohio tomatoes for Midwest grocery stores in late December of this year.