LEAMINGTON, ON - Nature Fresh continues to see success in its quest to educate children about nutrition, and is taking further steps in its educating the next generation about health by teaming up with its local Camp Wonder. 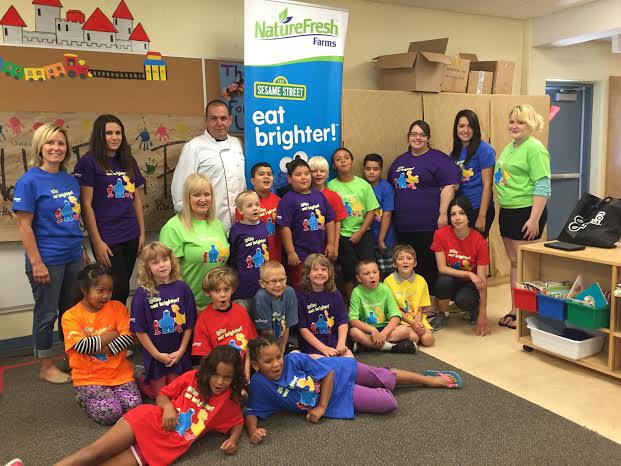 As we previously reported, the company created a Greenhouse Education Center to bring the greenhouse directly to the consumer and show them first-hand how the process works. 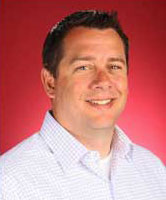 “We have been experiencing great success in local schools & camps throughout the mid-west talking about health & nutrition,” Chris Veillon, Director of Marketing for NatureFresh™ Farms, said in a press release. “So when the opportunity came up to support Camp Wonder which was right in our neighbourhood, we jumped at it.”

Camp Wonder hosts a Summer Learning Program in three different elementary schools for a few weeks in July, and teaming up with NatureFresh™ Farms has been a great addition, according to Program Coordinator Katherine Ketler.

During the duration of the program, NatureFresh™ donated its time and fresh greenhouse-grown produce to each school, with Corporate Chef Henry Furtado joining each site to prepare fresh bell pepper smoothies for the teachers and kids while talking about the need to eat brighter. 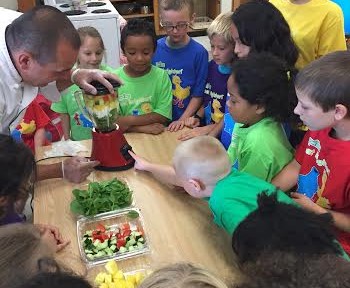 “The expression on kids faces when they take the first sip of the smoothie is priceless,” Chef Furtado, who uses bell peppers, cucumbers, and variety of other ingredients, said. “The taste is unique and packed full of vitamins and healthy nutrients, the smoothies were certainly a hit!”

The company also gave all those who participated in the program an eatbrighter!™ themed t-shirt, plus a reusable grocery bag full of tomatoes, bell peppers, and cucumbers to take home to their families. 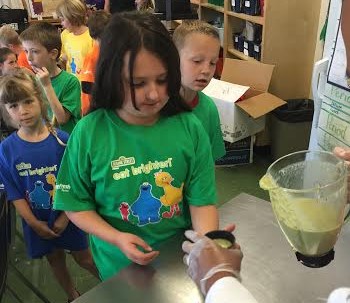 “A big thank you to NatureFresh™ Farms for not only their time involved in educating our students in making healthy food choices and about the need to eat brighter, but also for the generous donations of fresh tomatoes, bell peppers, and cucumbers throughout the three weeks of the program,” Ketler said.

NatureFresh™ added that initiatives like this are part of its strategy to increase produce consumption among children of all ages, as well as educate consumers on the benefits of healthy eating.