SALINAS, CA – As the state reaches its peak blueberry season, Naturipe Farms says that constant improvement, innovative methods, new packaging, and proprietary varieties are keeping the company ahead of consumer demand as the season moves north along the western coast of California.

“We are in the back half of the peak in Delano, and heading straight into the peak of the Delta region,” said Brian Bocock, Vice President of Product Management. “The Delta growing area is a nice bridge of production between the California and Oregon/Washington seasons, providing a continuous supply of conventional and organic blueberries to our customers.”

The company said that included in its harvest this year, is the Rocio, an early proprietary variety of blueberries which is typically larger in size, with a sweet flavor.

Naturipe is also offering other varieties from this year’s crop, such as the Legacy and Draper. “Legacy and Draper from our northern California farms offer the best ‘late season California’ blueberries with their flavor, quality, and superior self-life,” said Mario Flores, Director of Blueberry Product Management, in a press release.

According to the U.S. Highbush Blueberry Council, consumer demand for blueberries has increased over the past nine years to find Americans now twice as likely to buy the fruit, said the company. 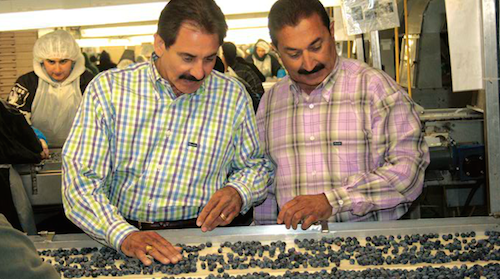 Naturipe grower-owners David and Kable Munger, second generation growers at the head of Munger Farms in the San Joaquin Valley, are matching this consumer demand with new strategies and improvements as growers.

“It is our mission to deliver the highest quality berries to our customers and the consumers,” said the Munger brothers in a statement. “We are dedicated to finding innovative new technologies to improve and stay competitive in this ever changing marketplace.”

Such dedication extends to a fully integrated farming family that now includes Kable’s children, Asha and Diwan, as the company continues to focus on improvement. 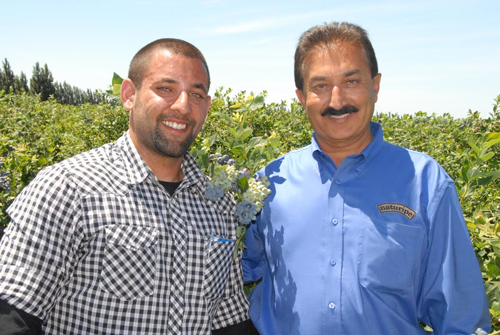 “It is an honor to work alongside my family. My sister and I are very fortunate to have the support of not only our Dad and Uncle, but of our dedicated team and extended family here at Munger Farms,” said Diwan Munger.

Naturipe also noted that the company has released a new packaging feature with a focus on the organic shopper with its a natural fiber, compostable organic tray. The trays feature heat-sealed packaging which upholds the company’s commitment to the environment with a 30 percent plastic reduction rate.

Keep up with AndNowUKnow as we give you the scoop on the latest proprietary varieties and innovations within the industry.

Munger Farms is dedicated to growing, selling, harvesting and processing the safest and finest quality fruits and nuts in...