SALINAS, CA - The blues may not usually be a good thing, but Naturipe is making sure it is this spring and summer. Blueberries that is.

From several seasonal peaks to a new leading state in harvest, Director of Marketing Kyla Oberman took the time to share with us what is going on with all things blueberries.

The company is reportedly bursting with berries, which has motivated them to change the standard on how blueberries are sold, Kyla tells me.

The concept is a One Pound Blueberry clamshell.

“Currently one pint (~11 ounces) is the “standard”, and then 18 ounces is the next available size up,” Kyla said. “Our suggestion to the berry industry and retailers is to replace the pint standard a one-pounder. This will increase the amount of blueberries per pack, thus helping to increase overall consumption just by adding a few ounces to the average consumer’s take-home pack.”

This is a change that can help counteract the possibility of too much product without enough demand while the company works, alongside the industry, to increase consumer awareness and, in turn, consumption.

Another reason for Naturipe having such a substantial domestic blueberry season is the company’s experiencing not one, but three peak seasons from the first of May, to June, and then again in July. 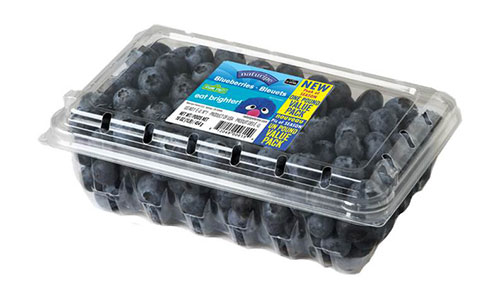 “We grow in multiple locations throughout the US and so we experience multiple peaks,” Kyla explained when I asked about how it was possible to have multiple peaks in a season. “Week by week we graduate stages of harvest in various growing areas, allowing us to fulfill sale needs and even during production gaps. If a field is early or late, or if weather problems occur, different areas are potentially able to fill those gaps.”

One of the places in this rotation is Georgia, which Kyla informed me just became the leading state in blueberry production last year, a title that usually goes to Michigan, because of increased acreage.

“There has been a great increase of plantings in the last five years or so. Last year was the first time [the leading state] was Georgia because of more acreage as well as newer farming practices.” For Naturipe, those added fields have also been focused on adding new great tasting proprietary varieties to its fields.

At the moment Naturipe is currently growing blueberries in Florida, Georgia and California; Michigan is due to start around the first of July. 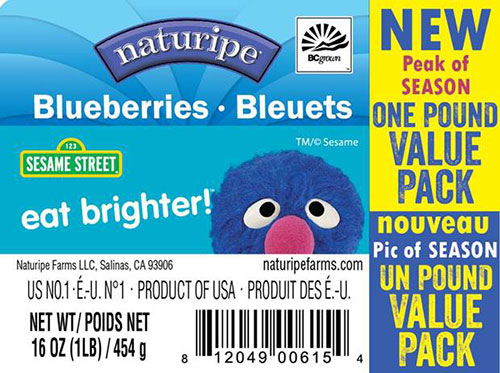 As a licensee of the eat brighter! campaign, Naturipe has added Sesame Street’s Grover to the pint and one pound blueberry packages, in addition to Sesame characters on their strawberry and blackberry packages as well. The company is currently offering point of sales and working with retail customers on how to bring dynamic promotions within their stores. Some of these more interactive options, Kyla tells me, include possibly bringing a Sesame character in for store visits or creating full berry patch displays in stores to create awareness of the peak berry season.

For updates all through the season, as well as all the latest on what is happening within the industry, keep checking in with AndNowUKnow.