WENATCHEE, WA - Ambrosia™ and Honeycrisp are continuing to prove their worth in the produce department.

New data from Nielsen Perishables Group revealed that Ambrosia™ and Honeycrisp were the only two apples in the top 10 varieties that generated an increase in sales dollars for the most recent four week period through June 27. All other top 10 varieties declined, according to a press release. 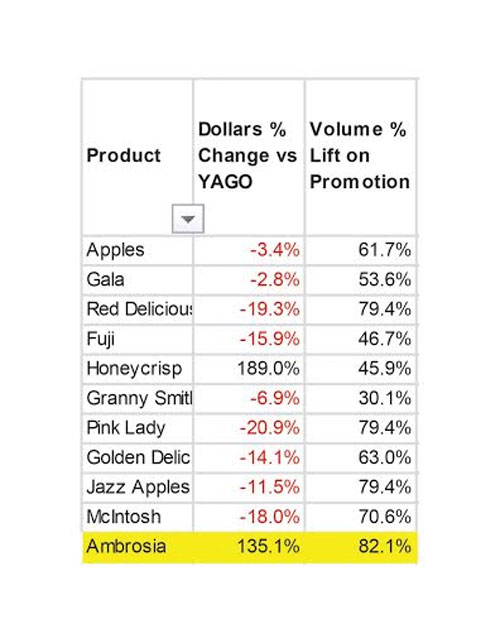 Robb Myers, Vice President of Sales for CMI, said that the longer Ambrosia™ domestic season and a strong import season for Chilean-grown Ambrosia™ contributed heavily to the sales increase.

“Our goal was to align sales of our stronger late-storage Ambrosia™ with imported products to ensure continuity of supply right through the new crop out of Washington in early September,” he said. “It’s obviously a big win and a big opportunity for retailers.” 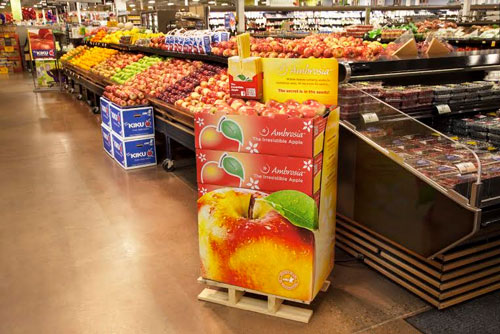 Only 50 percent of supermarkets are carrying Ambrosia™, according to the Nielsen data.

“It’s quite remarkable that only half the retailers in the country are carrying one of the hottest selling apples in the category,” said Steve Lutz, Vice President of Marketing for CMI. “In a year where cherry sales are down, generating incremental apple category dollars with Ambrosia is an easy win.”

Consumer response to summer Ambrosia™ promotions have also driven strong results. Lutz added that the Nielsen scan data shows that of the top 10 selling apples in June, Ambrosia was #1 in volume lift on promotion, at over 82 percent.

“It really shows that consumers recognize the value of Ambrosia™, and are willing to spend more for a great tasting premium apple,” said Lutz.

With excellent supplies still available, CMI will continue to run Ambrosia™ promotions with retailers through August rolling into new crop at the beginning of September.