WASHINGTON DC - The Organic Center collaborated on a study with The National Soil Project at Northeastern University, yielding results that connect organic farming to building and replenishing healthy soils, and therefore having a positive impact on climate change.

“This study is truly groundbreaking,” said Dr. Jessica Shade, Director of Science Programs for The Organic Center. “We don’t just look at total soil organic carbon, but also the components of soil that have stable pools of carbon–humic substances, which gives us a much more accurate and precise view of the stable, long-term storage of carbon in the soils.”

The study shows that the components of humic substances—fulvic acid and humic acid—were consistently higher in organic than in conventional soils.

The research found that, on average, soils from organic farms had:

This is in contrast to damage agriculture can have on soil, according to The Organic Center, which depletes carbon in the soil and the increased presence of carbon in our atmosphere. The evidence of this, the two parties cite, can be found in a recent study published by the National Academy of Sciences that estimated agriculture’s role in global soil carbon loss. 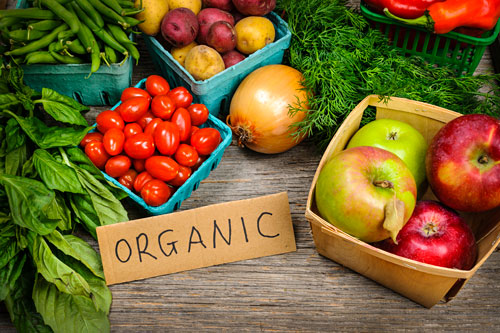 “Our study compares soils from the real world, and its findings can have a huge impact on the real world,” said Dr. Shade. “These results highlight the potential of organic agriculture to increase the amount of carbon sequestration in the soil, and by doing so help decrease a major cause of climate change.”

Dr. Shade said that, to the company’s knowledge, this research is among the first to take a broad-view of organic and conventional systems, taking into account variation within management styles, across crops, and throughout the United States

You can read about the findings in more detail on the Organic Center’s website here.