IDAHO FALLS, ID - Potandon Produce, in support of The Arbor Day Foundation, has offered a challenge to the produce and floral industries, asking for help to heal what was damaged in the wildfires that have devastated America’s forests over the past few years, with millions of acres burned.

The stakes? To raise $50,000 before Arbor Day, which falls on Friday, April 29th. The reward? Every dollar raised goes toward replanting the trees that have been lost. 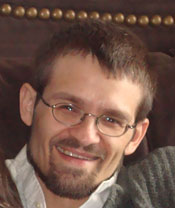 Ralph Schwartz, the company’s Vice President of Marketing, Sales, and Innovation, is the man who brought this initiative to the forefront and challenged the industry to help him and Potandon take part in the effort.

“In the produce industry especially, I think, everyone realizes, maybe more than most, just how important our ecosystem is,” Ralph tells me as he explains that this is about the cause instead of the company. “This isn’t something to support Potandon, it’s to make a change that, as a society, we need. Everyone in the whole industry can be part of it if they choose to do it.”

It is a cause near and dear to his heart, Ralph explains. “As an Idaho company, we came to work all summer with the smell of smoke in the hazy air. We weren’t on the front lines, but we knew that could change with a shift in the wind. I love the outdoors and almost everyone at Potandon does, too, and replanting the trees seemed like a great cause to get involved with.”

“Potandon has a history of getting involved in important social causes; we’ve worked with the Autism Foundation on raising autism awareness and did a multi-year Breast Cancer awareness program in the past,” he says. “I pitched the idea to our ownership group and everyone unanimously agreed that it was something worth pursuing and pitched in the first $1,000.00 to get the ball rolling.”

The Arbor Day Foundation was just as, if not more, receptive, happy to receive the help to reach this goal. And for those of you that hesitate -- they are already well on their way.

According to Potandon, large fire activity was an ongoing issue in Idaho, Montana, Washington, California, and Oregon as recently as October of 2015, with the total number of acres burned reaching upwards of 7.1 million.

“We certainly appreciate AndNowUKnow for helping bring attention to this event. Without our partners in the trade media, we’d have a hard time getting the word out,” Ralph added.

To donate can be completely anonymous, and anything is appreciated. Those who wish to do so can go to www.arborday.org/partnerships/potandon.