U.S. and CANADA - After the Centers for Disease Control and Prevention (CDC) and the U.S. Food and Drug Administration (FDA) announced an outbreak of E. coli “likely linked to romaine lettuce” on Tuesday November 20, the produce industry came out in full force to share their concerns and comments. And whereas the CDC and the FDA have recommended that all romaine be taken out of circulation, many in produce are calling for an investigation that would identify a specific place of origin for the outbreak and free up unaffected product for consumption.

“Our hearts go out to individuals and families impacted by the E. coli outbreak linked to romaine, and our romaine growers and handlers are cooperating fully with federal and state health agencies to identify the source of the contamination,” Western Growers President & CEO Tom Nassif commented in a statement. “In the meantime, it is important to acknowledge that a number of regions in current production were not harvesting or shipping romaine at the onset of the outbreak and, consequently, could not be the source of the specific E. coli strain identified in the illnesses.”

Nassif went on to urge government health agencies to work quickly, narrow the scope of the investigation, and to “remove these regions from the comprehensive advisory as soon as the safety of the public can be ensured.”

The United Fresh Produce Association echoed Nassif’s comments in a statement of its own.

“Despite our urging that industry could clearly identify some sources of romaine coming onto the market as not related to the outbreak, CDC and FDA also are requesting the voluntarily withdrawal of romaine lettuce before it enters commerce,” the statement noted. “The best way to limit the impact of this outbreak is to solve it quickly. We are working aggressively with stakeholders to try to narrow the source of the outbreak so that FDA can withdraw this comprehensive advisory.” 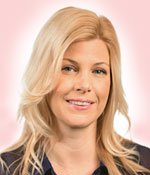 “A group of food safety experts from the produce industry is coming together as quickly as possible to closely examine information that may help pinpoint the specific source of the outbreak utilizing the extensive traceback information maintained by leafy greens producers,” Ward said. “No one wants to get to the bottom of how these outbreaks are occurring faster than the producers of leafy greens. We absolutely must do everything possible to stop recurring outbreaks. We owe this to those whose lives have been tragically impacted by this outbreak and to all our consumers who trust us to grow safe food for their families.”

The Public Health Agency of Canada (PHAC) found similar cases of E. coli in Ontario, Quebec, and New Brunswick, according to a press release, and the Canadian Produce Marketing Association (CPMA) stated it would be working closely with the agency and its U.S. counterparts to update its members as any new developments are known.

The source of the outbreak is still under investigation by the FDA and the CDC. FDA Commissioner Scott Gottlieb, M.D. posted a tweet on Thursday, November 22nd, that stated his agency believes the outbreak is “related to lettuce harvested from California,” but there has been no confirmation of this allegation as of yet.

AndNowUKnow will update you on the latest as more information rolls in.