REIDSVILLE, GA – Capping off a successful marketing campaign, Shuman Produce, provider of RealSweet® Vidalia® Onions, announced that the company has complete the second installment of its How to Speak Southern campaign. The popular campaign—aimed at educating and entertaining consumers while promoting onion consumption—ran during peak Vidalia season in 2017. 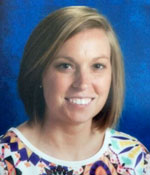 “We were confident consumers would enjoy the content, and were pleasantly surprised to substantially grow our social media following and double our consumer email database through this campaign,” said Susannah Lanier, Marketing Coordinator, in a company press release.

The social media-driven How to Speak Southern 2.0 promotion combined a quiz, recipe videos, and Vidalia onion facts to engage consumers in the story behind Vidalia onions. The company noted in its press release that the campaign’s interactive elements and prizes were a hit with consumers, with more than 25,000 consumers completing the quiz and over 113,000 visits to the dedicated website and URL. 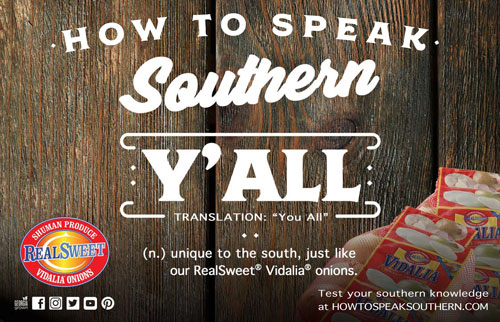 Shuman Produce’s “Can You Speak Southern” quiz tested knowledge of common phrases used throughout the Southeastern United States. And for 10 weeks, a weekly winner was selected to receive a RealSweet prize pack featuring RealSweet Vidalia onions and campaign t-shirt. As an additional motivation, the company offered a grand prize—a free Big Green Egg grill, which was eventually awarded to Cathy Garossino of Katy, Texas. 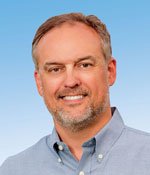 “The success of this year’s campaign reinforces consumer’s desires to connect with our RealSweet brand and Vidalia onions,” said John Shuman, President of Shuman Produce.

For more news on the produce industry, look to AndNowUKnow.