WASHINGTON, DC - In its first ever year operating under the FreshTEC and FreshMKT banners, the United Fresh Produce Association is presenting its 2017 Achievement Awards to two very familiar faces in the produce industry. Receiving the FreshTEC award for outstanding technical achievements is receiving the FreshMKT award for outstanding marketing achievements is Roger Pepperl, Marketing Director for Stemilt Growers, and Peter Quiring, Owner & CEO of NatureFresh™ Farms. 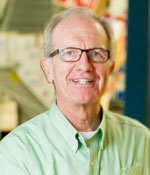 As ANUK has discussed with the man in the past, Roger Pepperl began his produce career working his way up from Produce Manager to Senior Buyer/Merchandiser during 21 years with Meijer, Inc. Joining Stemilt's team as Marketing Director in 2000, Roger’s knowledge that success is in the hands of the shopper has informed him to make it a priority to tell the Stemilt story and engage with all shoppers, especially millennials.

With a constant eye on developing new packaging and proprietary varieties in treefruit, it's no wonder Pepperl became the mastermind behind Stemilt’s line of kid-sized fruits, Lil Snappers™. Delivering convenience and quality in a package that is targeted to today's busy parents quickly has translated to increased category sales for both apples and pears. He was also an integral member in bringing Sunkist Growers into the Lil Snappers fold.

A few of Roger’s other achievements include: 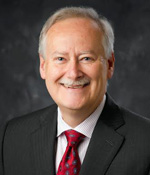 “Roger’s contributions to the marketing and merchandising of fresh fruits and vegetables have advanced the industry significantly,” said United Fresh President & CEO Tom Stenzel. “His innovative marketing programs, unique approach to merchandising, and foresight to stay one step ahead of the curve are what set Roger apart from his peers. We’re proud to honor him with this FreshMKT Achievement Award.”

As we’ve gone in depth into in our sister publication, The Snack Magazine, prior to NatureFresh, Peter Quiring started a company called South Essex Fabricating in Leamington, Ontario. The company that would eventually become to NatureFresh was first conceived to drive innovation in Canada's high-tech commercial greenhouse industry, providing growers with structures, heating systems, and logistics.

Today, NatureFresh Farms boasts 100 percent zero nutrient water discharge into the environment, according to a press release, and has begun installing commercial dehumidification systems in greenhouses after experimenting with it for the past six years. The company has also become one of the first successful businesses to grow peppers under lights. NatureFresh has built nearly 2,000 acres of greenhouses for growers in North America, owns 130 acres in Ontario, and operates an additional 45 acres in Delta, OH. 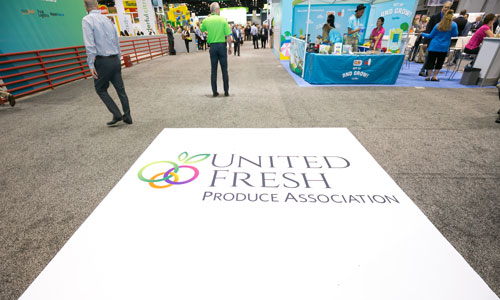 “Peter’s contributions to greenhouse technology have advanced the industry significantly,” added Stenzel. “His competitive drive and commitment to invest in technology advancements in controlled growing environments are what set him apart. We’re proud to honor Peter with this FreshTEC Achievement Award.”

Both Peter and Roger will be recognized on Tuesday afternoon, June 13, at the United FreshTEC and FreshMKT conferences, respectively, in Chicago. Registration is available online at www.UnitedFreshShow.org.