Vincent B. Zaninovich & Sons Sells Land to The Wonderful Company

DELANO, CA - In a recent announcement, Kern County grape grower Vincent B. Zaninovich & Sons Inc. (VBZ) confirmed that the company has made decisions to close a large share of its business after negotiating with The Wonderful Company to sell land in the Delano area, as reported by Bakersfield Californian.

"VBZ has been my family's pride and joy for more than 80 years, but this restructuring is important to our future," VBZ President John Zaninovich reportedly confirmed.

The Wonderful Company commented in a statement: "We are in the process of purchasing a portion of the farmland owned by VBZ." The company could provide no additional information.

Last year saw a record table grape harvest as well as a shortage of skilled field labor, driving down grape prices. In light of the price drop, VBZ had announced layoffs of around 511 employees, including 379 field workers, starting on or after May 4 in unincorporated land in Kern and Tulare counties near Delano, with no explanation or comment. Now, as a result of the downsizing, the company announced it would soon be cutting up to 542 jobs in Kern and Tulare counties, reported Bakersfield Californian. 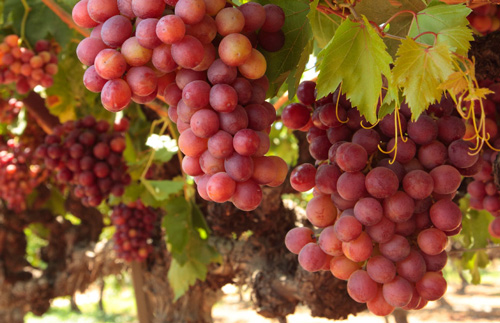 According to Bakersfield Californian, there was no direct connection between downsizing and The Wonderful Company’s purchase of "an undisclosed share of around 6,000 acres that VBZ owns near Delano."

Additionally, VBZ Payroll Service Inc., a company related to VBZ announced it would be cutting 31 positions, including personnel in positions from controller to director of food safety, as well as three produce salespeople.

For updates on this story, keep reading AndNowUKnow.