Driscoll's has been featured in the lastest edition of AndNowUKnow's print publication, The SNACK Magazine. Kevin Murphy, Driscoll’s new President and Chief Operating Officer and Soren Bjorn, the new Executive Vice President of Driscoll’s of the Americas share the company's delightful berry philosophy which acts as the driving force behind Driscoll's plans for global expansion.

Check out The Snack article by clicking here, or read the full text below:

To continually delight berry consumers with fresh, delicious, and beautiful fruit, has been the philosophy driving Driscoll’s slow and steady global expansion across new markets spanning both Asia and Europe. For a successful international powerhouse like this Watsonville-based company, Driscoll’s belief in organic growth on its own terms means that quality and flavor will never be sacrificed.  Family-owned and operated for more than 100 years, Driscoll’s believes future success lies with becoming a beloved brand that positively enriches the lives of everyone they touch.  Meet the two vanguards who are now at the helm of that initiative – Kevin Murphy, Driscoll’s new President and Chief Operating Officer, and Soren Bjorn, the new Executive Vice President of Driscoll’s of the Americas (DOTA). 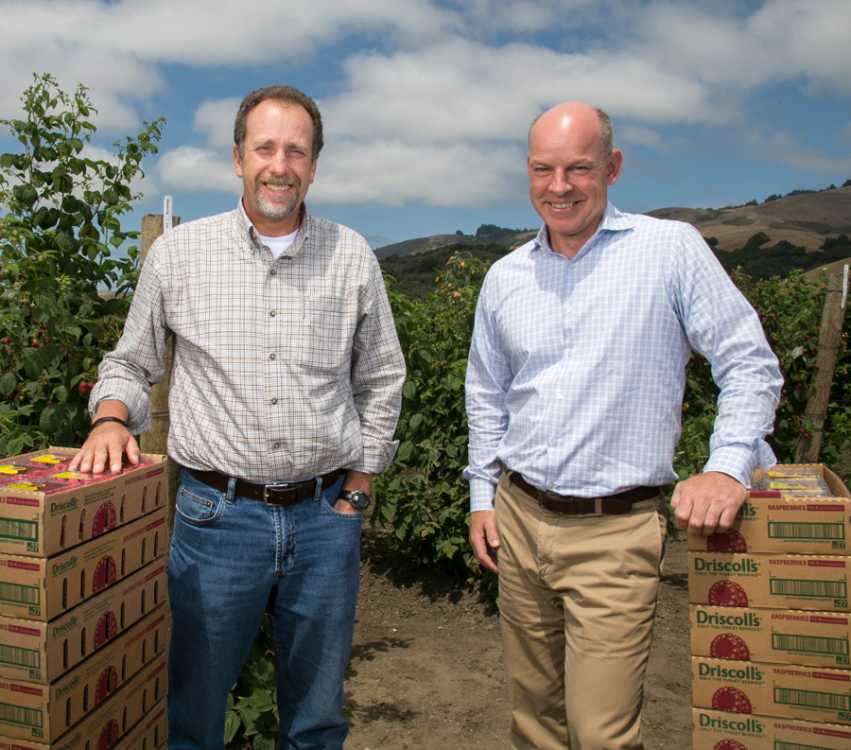 “We want to be proud of our evolution and rewarded for a job well done,” Kevin tells me. “While growing quality fruit will continue to drive our market share, we know the opportunity is much larger if we focus on the vision of our company and strive to positively impact communities across the world.”

“Thinking about the next generation of Driscoll’s evolution is critical for us, and advancing our global business strategy takes time and effort on all fronts. Here in the Americas, we have been held together by a really important and compelling set of values: passion, humility, and trustworthiness. These values must stay consistent as we expand our operations around the world,” Soren adds.

Kevin’s competitive spirit, yet technical approach to leadership may run perpendicular to Soren’s resource-oriented mindset, but together, the two of them are more than capable of taking an already successful foundation to greater heights with this clear mission. That’s precisely what makes them so efficient at the forefront of the organization’s strategic long-term success. 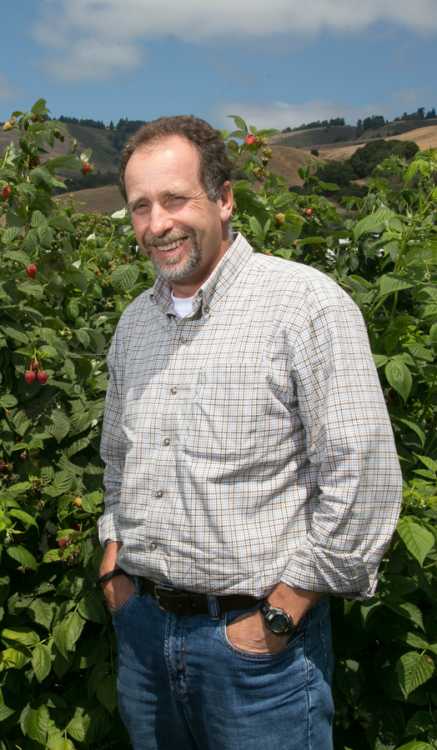 Born and raised in South Africa, Kevin earned his undergraduate degree in agricultural economics from the University of Natal before arriving in the United States in 1989. Soon afterward, he began working for FreshCo, which later become known as Fresh Express, for a little over a decade in various strategic capacities before moving on to Capurro Farms. Kevin remembers his days at Fresh Express fondly, noting that those years were what helped shape who he is at Driscoll’s today. “The reason I’m here is because of everything I learned in those days,” he says.

After Capurro Farms merged with Growers Express, Miles Reiter, the CEO of Driscoll’s, approached Kevin about running supply and operations at the company. “I think Miles understood that on some level I had the combination of produce knowledge, along with having been in the business for almost 20 years, coupled with being part of various growth companies and feeling comfortable with what Driscoll’s was trying to do,” Kevin tells me. He has since served as President of the Americas business unit before being promoted to his current role in late 2013. 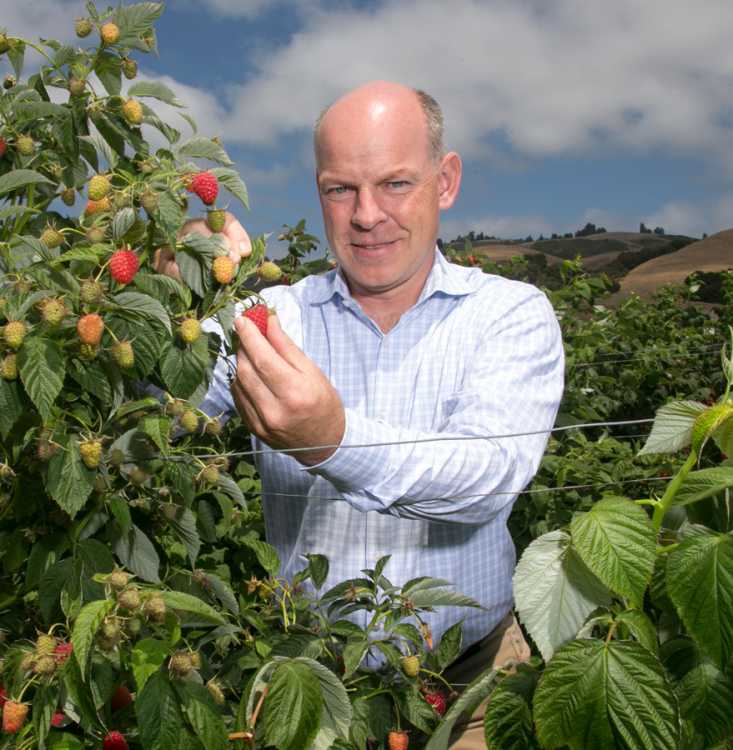 As Kevin settles into his new role as President and Chief Operating Officer, Soren will be responsible for Driscoll’s of the Americas’ business unit leading all cross-functional aspects related to its financial success. Soren has held a number of top executive positions with various companies in the industry, including Flavorfresh Limited as Vice President and CEO of Unimark Foods, which was later sold to Del Monte Foods. His ambitious nature and passion for sports, especially golf, has cultivated his growth in the industry.

“Unimark was an interesting introduction to the produce business. This is one of those industries where if you decide you really like it, you got to stay in it. It’s like a drug,” Soren laughs.

Since its humble beginnings in California’s Pajaro Valley, Driscoll’s has maintained U.S. market leadership in fresh berries, and its growth continues to be primarily driven by its successful go-to market strategy. Kevin puts it simply, “It will always be about delighting the consumer with consistently great tasting berries.  That’s what builds brand loyalty and a true relationship with your consumers – you try to never disappoint.”

“There are many people focused on our mission of delight from our internal dedicated breeding team, to independent growers and our customer partners,” Soren adds. “If we work together around this common objective, we can succeed. There isn’t one stakeholder who isn’t working on making that happen.”

It amazes me how in sync Kevin and Soren are, and it speaks volumes about their drive to deliver great fruit and achieve a common goal. Their cooperation together and foresight and understanding of the company’s core mission allow the company to consistently drive innovation and push the needle forward in terms of growth and direction.

“We’re always looking at new and different varieties. It’s important to us that we make sure the value/price relationship is right and that we’re always putting good quality berries out there,” he says. “Berries are right at the intersection of convenience and health.” 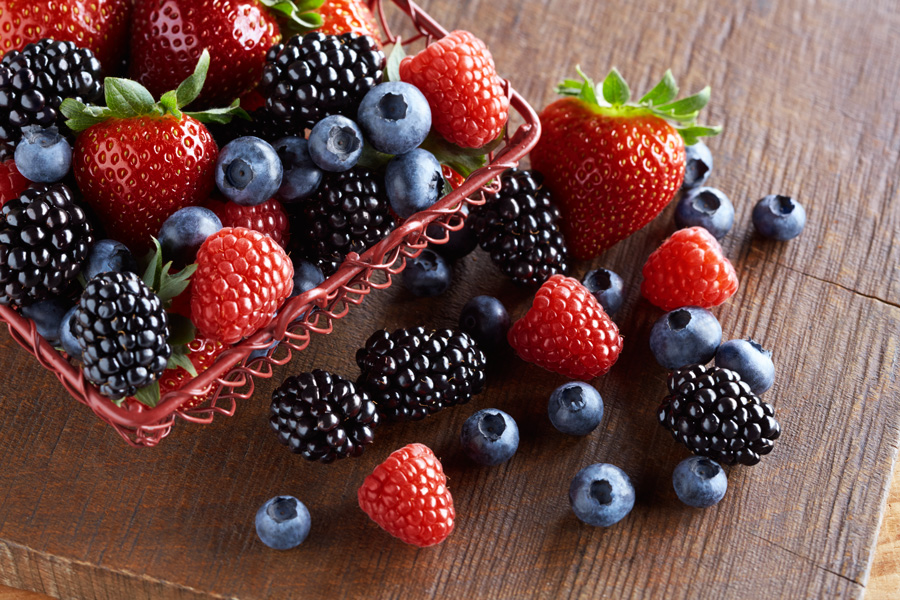 “Our job is to convince customers that this is how you do it,” Soren explains. “We have data that shows how we can continue giving the consumer a better experience. Consumer insight is a very large part of our DNA as a company.”

Driscoll’s receives tens of thousands of responses in feedback from consumers on how well the company is performing. “We can take that data to retailers to show them how they’re doing and compare it to how someone else is doing, and identify the reasons why there are those differences,” Soren continues. “I ask myself, ‘how can we do a better job to delight the consumer?’ We have enough data to compare different ranges. Technology allows us to do that; it allows us to push the envelope.”

Kevin reminds me, however, that Driscoll’s wants to grow in a way that’s consistent with its values. Trustworthiness, humility, and passion are the three values of the company and are at the center of its efforts. “We’re not interested in growth for growth’s sake,” he reiterates.

Indeed, though the company’s global aspirations seem to reach toward major expansion, the real goal is to get delightful, quality berries into consumers’ hands – an initiative which Driscoll’s  executes through great people, business development, and a focus on the consumer experience over growth. 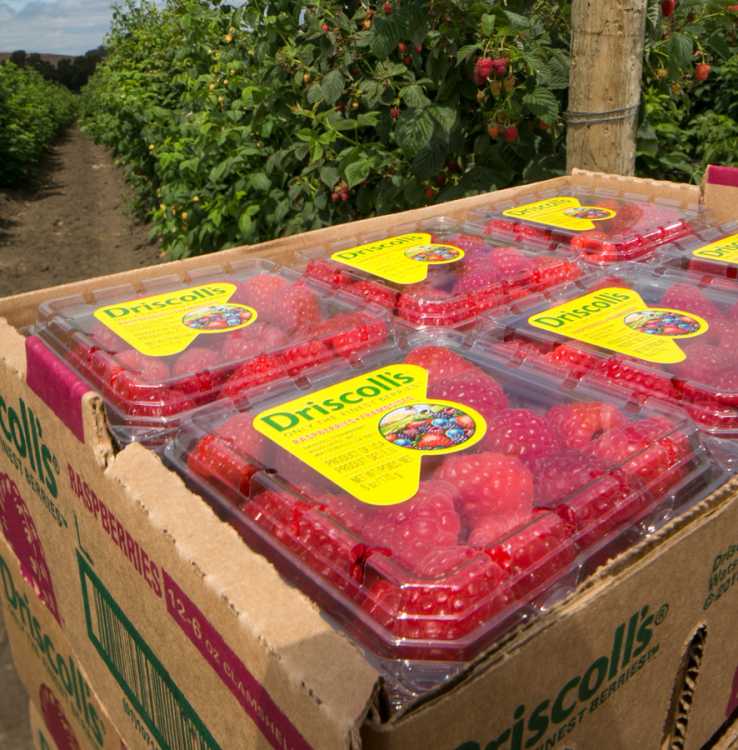 At the end of the day, the goal remains the same; deliver delightful berries to consumers while aligning Driscoll’s global operations around the world. With great assurance, Kevin and Soren both note that with some degree of humility and focus, the company will advance that cause.

“We’re always thinking of the next generation of growth and exploring where we can deliver and where we can continue pushing innovation forward,” Soren tells me.

Reflecting back on our conversation, I wonder what advice Kevin would give to his fellow peers on growing a global brand.

“There was a time when I thought I had the answers to all the questions, and as you get older, you realize you don’t even have all the questions,” Kevin laughs. “But I have learned that it’s a great industry and there’s a world of resources still to tap into. You’ve got to earn your place every day and stay focused on things that matter. If you think you’re too good, you’ll get yourself in trouble. The relationships we have with ourselves, our customers, our growers… we can’t take that for granted. It’s good to have a healthy dose of paranoia.”

Already a market leader in Australia and ramping up production in China, Driscoll’s systems of values and empowering executive leadership has allowed the company to form its business model in a very targeted and strategic way. With that said, I look forward to seeing the continued brand penetration and expansion to come as the company continues to forge ahead on the global stage. Here’s to another one hundred years of success, Driscoll’s.