Why You Should Watch Chef’s Table on Netflix

UNITED STATES - Chef’s Table is unlike any cooking show I have ever seen.

If you want to know what it means to live food, or if you’re looking for inspiration from the masters of cuisine, look no further than Chef’s Table. This new, elegantly-filmed documentary series, available on Netflix, follows six award-winning chefs from around the globe, chronicling their successes, their failures, and most important of all, their breathtaking dishes.

Watch the brief clip below and you’ll see what I mean.

If you have a Netflix account, click the green button below to start watching this beautifully crafted series.

The first episode chronicles the rise of the visionary Michelin-star chef Massimo Bottura and his quest to bring traditional Modenese cuisine to the 21st century. Owner of the third best restaurant in the world, Osteria Francescana, Massimo lives and breathes every single ingredient in his dishes: “In my blood there’s balsamic vinegar. My muscles are made by Parmigiano,” he says. 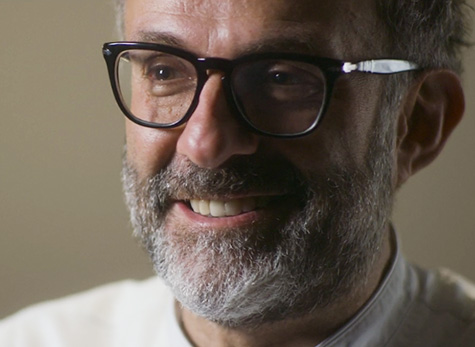 Before he is formally introduced to the viewer, we see that tragedy has struck the city of Modena in 2012; an earthquake has damaged 360,000 wheels of fresh Parmigiano Reggiano. Unless something is done, those wheels will inevitably spoil, leaving several unemployed and many businesses defunct. Massimo takes this disaster and develops a simple risotto recipe utilizing Parmigiano that anyone in the world could create. When word spreads globally of this recipe, every single damaged wheel sells out.

That is just one of the many triumphant stories Massimo will tell you in Chef’s Table, and that’s before you get to see his awe-inspiring dishes, like “Oops! I Dropped the Lemon Tart” and “Five Ages of Parmigiano Reggiano.” Each delicate, charmingly-named dish is artfully crafted and tells a unique, authentic story that begets intrigue and wonder. 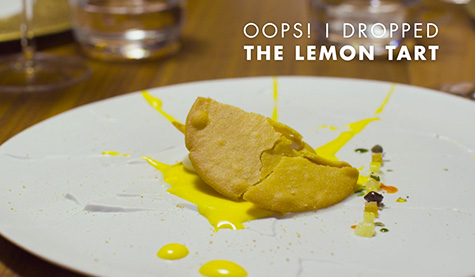 In Chef’s Table, food is elevated to an art form. This is food theater at its best. Each episode accentuates not just the flavor an ingredient brings to the plate, but its natural beauty as well.

If you haven’t seen an episode of Chef’s Table yet, I encourage everyone in the produce industry to watch just one episode. You may just find yourself hooked.