SANTA BARBARA, CA - The innovative technology provider, Apeel Sciences, is launching its operations into orbit. No, it isn’t sending its scientists to the moon, but it is rolling out new satellite offices in three countries to help facilitate its growing global presence. The new offices will touch down in Peru, Mexico, and the Netherlands, bringing each a solution to the increased demand for Apeel produce. In addition to this initiative, the company has hired and extended roles of key executives that have proven track records in supporting accelerated growth paths. 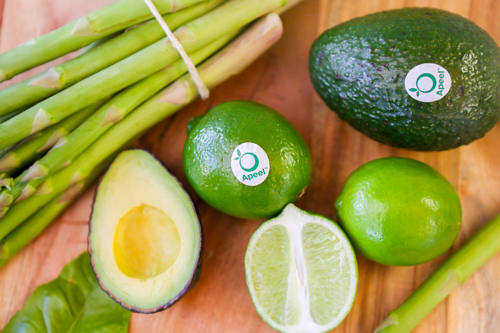 According to a news release, the first of Apeel’s satellite offices will be in the Netherlands—one of the world’s largest exporters of food and agricultural products—and will service all of Europe, following the European Commission approval in June. Apeel’s second and third satellite office locations in Peru and Mexico offer new solutions to regions that have been eager to bring food waste prevention technology to their farms.

The company is also adding five new key executives to help spearhead this growth, bringing the total team headcount close to 200 employees. Additionally, the company currently has over 100 open career opportunities across three continents, including roles in Product and Strategy, Operations, and Engineering.

The new executives include:

The company has demonstrated a greater than 50 percent food waste reduction at U.S. food retail, and now has its produce in over 2,000 stores with request for its revolutionary, waste-reducing product globally. Congrats to all of these industry experts on working alongside such an innovation-driven company!