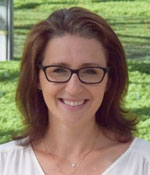 "We have developed a year-round local salad program with GIANT and their efforts to source from local farms is remarkable,” said Abby Prior, Vice President of Marketing at BrightFarms. “They are truly taking a consumer-centric approach to meeting the needs of their produce shoppers."

The grower thanked GIANT Food Stores for its long standing partnership and commitment to doing business with local farmers and food processors. BrightFarms has been a key partner for GIANT Food Stores as consumer demand for locally-grown produce continues to grow. A recent report from The Food Marketing Institute conveyed that local produce matters to 84 percent of consumers and 44 percent of them seek it out whenever possible. The report also discovered that produce is the number one driver for consumers when deciding on their grocery store of choice. 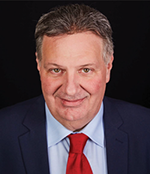 “BrightFarms has long been one of our valued supplier partners and we couldn’t be more excited to celebrate the groundbreaking of their new greenhouse in Snyder County," said John Ruane, Senior Vice President of Merchandising at GIANT Food Stores. "Each week, thousands of GIANT customers purchase BrightFarms’ fresh greens and this new facility will help them continue to do so, ensuring we deliver on our promise to deliver the very best local produce available. We are proud to do business with BrightFarms and look forward to doing so for years to come.”

According to the press release, the new greenhouse is planned to open in early 2020, at which point the grower will be better able to deliver fresh, local produce to Pennsylvania supermarkets within 24 hours of harvest. 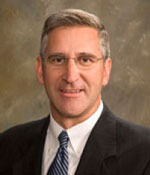 “This is not just a big deal for Pennsylvania, it’s a big deal for jobs and for the community, but I would add that it’s also a big deal for the consumer. At the end of the day, we’re in the food business and making sure that they are happy and that we have access to their tables is critical,” Pennsylvania’s Secretary of Agriculture, Russell Redding, shared during the groundbreaking celebration.