IRVINGTON, NY - Changes are in the works over at BrightFarms, a supplier of local produce to supermarkets, as the company has recently appointed finance veteran Steve Campione as its Chief Financial Officer. 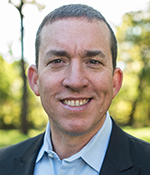 “Steve is a world class business leader,” said Paul Lightfoot, Chief Executive Officer in a press release. “We look forward to benefiting from his expertise in creating the tools, systems, and culture to enable the company to smoothly scale nationally.”

With over 20 years of experience in finance, operations, and investment banking, Campione is more than qualified for the position. Campione began his career with a decade on Wall Street, raising capital for growth companies and advising clients on strategic mergers and acquisitions. His most recent position was as CFO and COO at Rural Media Group, Inc., where he led the company through multiple capital raises and acquisitions that quadrupled its employee base and operating profits. 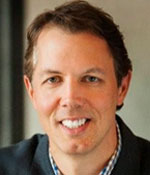 “I’m thrilled to join the BrightFarms team and to continue the company’s terrific momentum,” said Campione. "And I’m particularly excited to contribute my capital raising and mergers and acquisitions experience as we look to accelerate the expansion of BrightFarms’ footprint nationally and to further increase our rate of growth and market leadership.”

Campione joins BrightFarms at a crucial time: after a successful Series D funding round in 2018, where the company raised $55 million with Cox Enterprises as the lead investor. The financing has allowed for continued rapid national expansion of the company’s network of local and sustainable farms.