IRVINE, CA – This year’s PMA Fresh Summit was one for the record books. Between the growth in attendance, product innovations, and a host of leadership awards an honors, it was an event not-to-be-missed. One of those many wonderful honors went to California Avocado Commission (CAC) Vice President of Marketing Jan DeLyser who received the 2016 Robert L. Carey Leadership Award during the general session.

“I am honored to receive this award and was blown away by the element of surprise both with the announcement and the videos of my family congratulating me,” DeLyser said. “It was such a special and emotional experience; I was thankful I was able to express my appreciation of Bob Carey, as a mentor, as well as thank Bruce Taylor, Bryan Silbermann and Cathy Burns of PMA and the California Avocado Commission team for their support.”

On October 14th Bruce Taylor, Founder and CEO of Taylor Farms and last year’s award winner, presented her with the award. The award was a complete surprise to DeLyser, and as Taylor rose to the podium, he even told her he sure hoped the recipient was in the room, according to a press release. 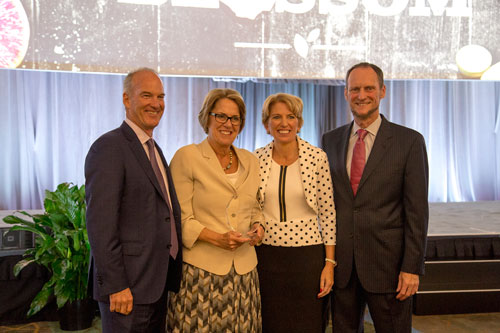 Upon reflection, when DeLyser was asked what she might have added if she had known in advance, she said, “I think I would have mentioned the good fortune I have had to work for leaders and companies who support volunteerism and leadership development. Additionally, the experience I had as head of staff at a young age at the Fresh Produce Council with so many industry leaders willing to contribute as volunteers for the betterment of all is something that has stayed with me throughout my career.”

Fresh Summit 2016 was a great show for CAC. In addition to DeLyser’s honor, CAC sponsored of the Produce for Better Health Supermarket Registered Dietitian (SRD) program. As part of the program CAC hosted groups of SRDs on the second floor of their booth, where media spokesperson Matt Ruscigno, MPH, RD educated the SRDs on the benefits of a plant-based diet and shared his recipe for Spicy California Avocado Hummus. 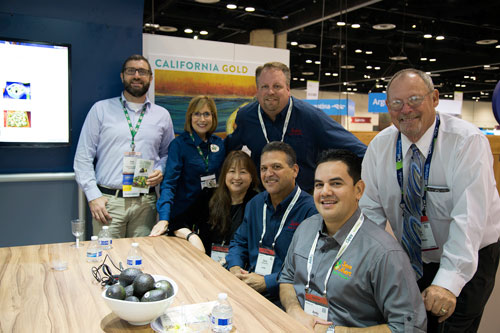 “Meetings in CAC’s Fresh Summit booth were very valuable, and our team gets even more out of the event by participating in the general sessions, workshops, receptions and other programs PMA offers,” said DeLyser. “With the caliber of attendees at Fresh Summit, you never know when thirty-seconds on an escalator can turn into a business opportunity.”

Congratulations Jan, on this incredible honor! And thank you, for everything you do for our industry!