WATSONVILLE, CA - This year’s Spring Break was a sweet success for California Giant, who just completed another consumer campaign and generated thousands of new followers and brand loyalists in the process. The ‘Berry Best Spring Break Sweepstakes’ ran from March 9 to April 19 across all of the company’s social media platforms and winners have now been notified. 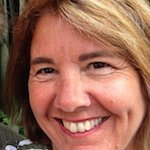 “We are excited about the continued support from consumers with each of our promotions and really enjoy the interaction we have with them,” says Cindy Jewell, VP of Marketing for California Giant. “They engage frequently providing us with critical information on how to keep them coming back for more information and increasing their purchases of our brand as a result.  Each time we execute a new promotion we learn more about how to attract new consumers, keep them as followers and ultimately convert them into brand loyalists.”

Six spring-themed prize packs were given out by California Giant to encourage consumers to get out and enjoy spring weather and spring berries.  Winners were chosen randomly with two consumers taking home brand new KitchenAid mixers, two others receiving custom berry themed corn hole games, and the final two will be relaxing soon with new picnic baskets on their brand new hammocks.

According to a press release, California Giant received over two million impressions on Twitter, had over 15,000 entrants, and over 7,000 downloads of the free e-booklet loaded with spring themed recipes featuring California Giant berries.

The company is now shifting gears to its May consumer campaign, highlighting strawberry month and a ‘Strawberry Palooza’ promotion that will be extending into the summer.