WENATCHEE, WA – CMI has recently launched its 2016 Kanzi® apple season, capitalizing on the late winter months to bring new products and exciting flavors to consumers after the flood of fall crop apples have been sold.

As Don Patella, CMI’s Regional Marketing Director explains, February through April is an ideal time to promote the Kanzi® apple.

“The late winter months have proven to be prime time for emerging varieties like Kanzi®,” he said. “Most local apples are gone and apples like Kanzi® are perfect for bringing fresh sales momentum to the apple category.”

Although distribution of this apple has been fluctuating due to strong demand and limited supply, CMI hopes to turn the situation around as its Kanzi® orchards mature and production increases. The company anticipates seeing a larger supply of Kanzi® apples this year, and subsequently, significant increases in retail distribution. 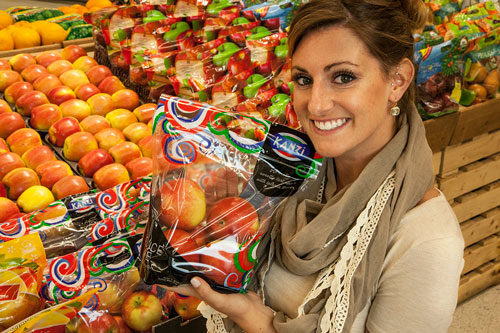 “Last year Kanzi® distribution jumped by over 30%, with over 2,500 stores selling Kanzi®,” Patella continued. “We expect to see an equally big jump in Kanzi® sales and distribution in 2016.”

Branded apples like Kanzi® are driving incremental sales dollars for retailers, Patella explained. According to a press release, since Kanzi® carries a higher price point than commodity apples, Patella says every consumer that trades up to Kanzi® drives incremental dollars for CMI’s retail partners. 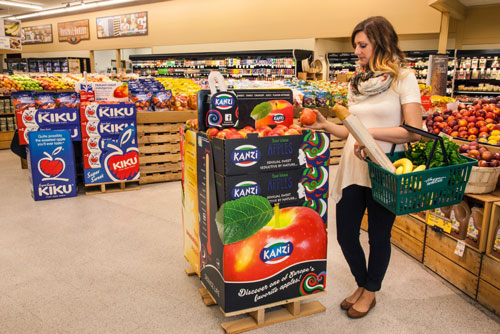 During the spring and summer months, CMI imports Kanzi® from New Zealand and Chile to build sales with key customers. The company’s import program has proven to be a large success for its customers by breathing life into the category when it is historically stagnant.