CASHMERE, WA - Tony Freytag, Senior Vice President of Sales and Marketing for Crunch Pak, has been named Chairman-Elect for the United Fresh Produce Association Board of Directors.

This transition will be effective at United Fresh's April 29, 2015 meeting in White Sulphur Springs, West Virginia.

Founded in 1904, the United Fresh Produce Association has brought together fresh produce companies across every segment of the supply chain, including growers, shippers, fresh-cut processors, wholesalers, distributors, retailers, foodservice operators, industry suppliers and allied associations. According to a press release, Freytag has been a board member of the association since 2011. 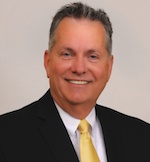 Originally from Austin, Texas, Freytag is a graduate of the University of Texas. His 18 year produce career began with Naumes, Inc., of Medford, Oregon, in 1997 where the idea of sliced apples was first introduced.  Before joining the industry, Freytag held several management positions specializing in inventory and sales programs for retailers including Bloomingdales, Saks Fifth Avenue and Neiman Marcus.

Freytag serves on various produce industry boards in addition to the United Fresh Association and is a member of the Washington Public Facilities District Board of Directors. In 2014 he was named Innovator of the Year by the Greater Wenatchee Area Technology Alliance.