NOGALES, AZ - The Mexican table grape deal may be slowing down, but premium table grape grower and distributor Divine Flavor will have supplies lasting until the second and third weeks of July. 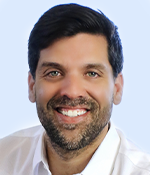 “In past seasons, we had some great varieties hitting markets toward the end of June/early July, and our customers and their customers loved that,” said Carlos Bon Jr., Sales Manager. “Through strategic planning and careful execution, we mapped out a way to have those special, late-season varieties available past the 4th of July weekend and into the later parts of the month before retailers completely switch over to California."

Normally at this time of the year, grape production starts shifting from Mexico to California. However, in recent seasons, Mexican grape crops have been extending past the typical Sonoran availability, according to the release. 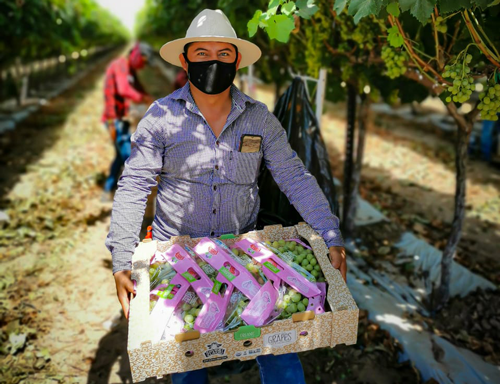 At this point in the season, supplies of greens, reds, and blacks are a bit tight, and there have been reports of total volume falling short of the estimated 20.6 million cartons due to the cooler weather in the spring and extreme heat during some of the harvesting days.

Bon Jr. mentions having this extra wiggle room at the end of the season is not just to pump extra grapes into the market, but rather to be able to stretch the traditional season with better varieties of table grapes. 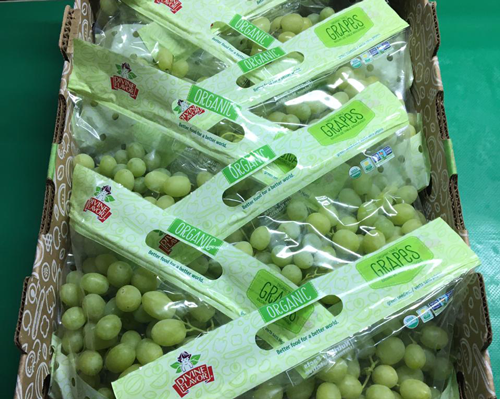 “Of course, there will always be weather concerns out of our control, and the situation with COVID-19 was another factor, but having good quality fruit this time of year has come in handy,” said Bon Jr. “We’re in a good position to help bridge the gap from Mexico to California harvesting at peak flavor weeks in Caborca.”

Right now, the company is currently harvesting its premium lineup of table grapes coming from this region. Besides the company’s fan favorites such as Cotton Candy and Gummy Berries, the Divine Flavor ranches are also bringing in their last shipments of Sweet Celebration and Krissy for reds, and Sweet Globe and Autumn Crisp white seedless grapes. 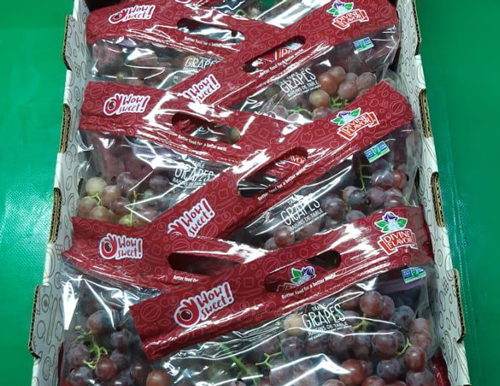 It was also noted the company’s premium Jellyberry grape had several setbacks this season with timing and flavor.

“There have been delays in general, but especially with our Jellyberries,” Bon Jr. commented. “At our biggest ranches, it has been a learning year for us as we’ve been waiting for the jelly-like flavor to fully mature. We still have hopes of harvesting this grape with it meeting the desired flavor, but if it doesn’t meet our expectations we won’t pack it because we want the best flavor for the customers.”

Divine Flavor has seen a productive year as its recent expansion in Jalisco sent its first crops of table grapes this past April, and another expansion is set to have its very first commercial grape production in Ensenada, Baja California. The company also celebrated its first-ever shipments of grapes to the markets of South Korea.

Big plans are coming to fruition in the fresh produce world, and we will be there to deliver the freshest to the industry.

Divine Flavor is a fresh produce distribution company, owned by the growers, with the sole purpose of bringing the fruit...