LOS ALAMITOS, CA - You can ask my family and friends, and they will all tell you a long established fact about me: there is nothing I like to celebrate more than a birthday. Thankfully, we have a birthday in the industry to celebrate to start the week on a high note. Frieda’s Specialty Produce celebrated its Founder and produce industry prioneer, Dr. Frieda Rapoport Caplan, on August 10th for her 95th birthday.

While most people would jump at the opportunity to have their birthday off, Frieda went into the office on her special day because, as the tireless and hardworking industry vet put it, “I already have Thursdays off, that’s enough PTO for me.”

Frieda has made a long-lasting imprint on the produce industry. This can be seen in the 2015 documentary film, Fear No Fruit, which highlights the fact that Frieda became the first woman in the U.S. to own and operate a produce company on the all-male Los Angeles Wholesale Produce Market, according to a press release. 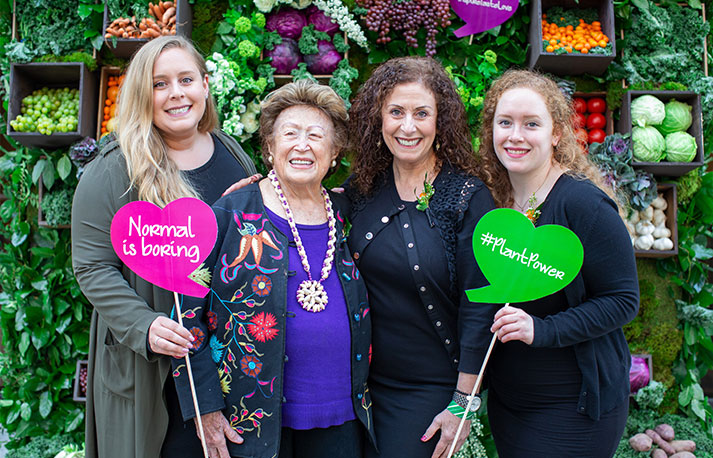 In 1962, Frieda started with more unusual and new-to-market specialists, such as the introduction of consumers to kiwifruit, but she and her company would move forward with aspirations to inspire new culinary experiences for chefs and home cooks. The company introduced over 200 exotic fruits and vegetables to American consumers throughout the years—Sunchokes®, dragon fruit, habanero peppers, jicama, and Strokes Purpole® sweet potatoes being just a few of the items.

In 1990, the Los Angeles Times’ “A Dozen Who Shaped the ’80s” shined a light on Frieda alongside Steve Jobs, Michael Eisner, and Jane Fonda—what an accomplishment! While this recognition was outstanding, Frieda has been seen for her accomplishments throughout the years in a number of ways, including receiving an honorary Doctorate of Humane Letters from CSU-Cal Poly San Luis Obispo to celebrate her work as one of the country’s most successful female entrepreneurs.

Frieda’s achievements reach beyond our industry, too. She is currently on the Board of Dramatic Results, which is a nonprofit organization that solves issues in education by offering integrated arts programs to students and teachers on more than 40 California, Oregon, and Alaska public school campuses.

From all of us at AndNowUKnow, happy birthday, Frieda! We’re thankful for your tenacity and hard work!