WASHINGTON, DC – A bill that looks to revitalize America’s guestworker program for farmers has passed its first major landmark. The U.S. House Judiciary Committee has approved the Goodlatte AG Act by a vote of 17-16. H.R. 4092, or as it has been dubbed, the Agricultural Guestworker Act (AG Act), is a bill authored by House Judiciary Committee Chairman Bob Goodlatte (R-Va.), and if passed, would replace the current H-2A guestworker program.

“Farming is a central part of American life and fuels our economy. Although no other country in the world rivals America’s agriculture industry, our nation’s farmers face many obstacles in today’s global economy,” Goodlatte said in a statement following the bill’s passing in the House Judiciary. “One challenge in particular is access to a stable and reliable workforce when not enough American workers can be found to fill jobs. The current agricultural guestworker program is unworkable for farmers, buries them in red tape and excessive costs, and must be replaced.”

If the AG Act were to pass, the new program would increase the number of temporary farmworkers, according to source KUNC, as well as eliminating the mandate for employers to provide housing and transportation for the immigrant workers. 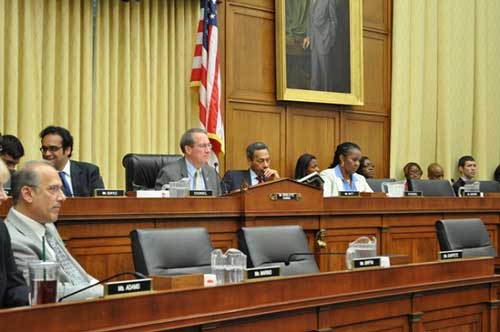 So far, the bill has been met with support from the agricultural committee, including  Agriculture Secretary Sonny Perdue and the produce industry’s own Western Growers President and CEO Tom Nassif.

"We applaud Chairman Goodlatte and the Committee for advancing this legislation,” Nassif said in a statement. “During the committee process several changes were made to the legislation that would make this bill unworkable, particularly when coupled with expedited mandatory E-Verify. We must ensure practical and reasonable solutions are achieved for both the current and future workforce that American farmers depend on in order for our industry to remain competitive.”

Nassif also confirmed that he and Western Growers will continue to work with House Leadership, Chairman Goodlatte, and the House to further improve the legislation.

There is still opposition from some, however, with some politicians arguing that this would allow for unfair wages, displace American workers, and weaken guestworker protections.

The next step for the bill will be to hit the U.S. House. As more news comes to light about the newly proposed bill, AndNowUKnow will share the updates.