WENATCHEE, WA - Once bitten, forever smitten. It’s the tagline for one of New Zealand’s latest apple varieties, which is living up to its namesake as it weaves its way into the U.S. market. Pegasus LLC holds the exclusive North American commercialization and distribution rights, currently working with several sales agencies in North America as the variety gains popularity.

Don Zornes of Smitten™ Apple North America and Honey Bear Tree Fruit Sales Co, in Wenatchee, Washington, is coordinator of those efforts, and tells me that Smitten™ volume and demand stateside have continuously risen since it began growing commercially two seasons ago. 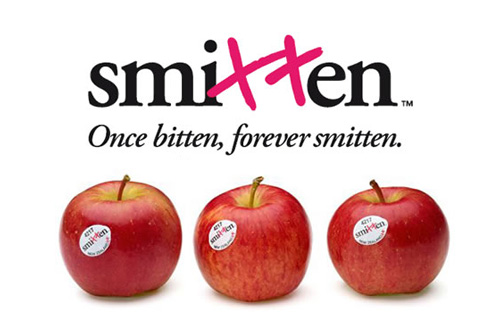 Now heading into the third, this little apple is ready to take on big brothers Envy and Jazz.

“Smitten is considered by many the 'Crown Jewel' of the world's leading apple breeding program: Plant and Food Research LTD of NZ, also known for Jazz, Envy, and Pacific Rose,” Don shares. “We’ve grown from 5,000 cartons the first year to 150,000 this year as our retail partners have continued to ask for them.”

With strong breeding lines from a breeder that has already launched several successes in the apple category, this is one breed Honey Bear Tree Fruit CO is proud to have partners bet on. A mix of the Gala, Braeburn, Falstaff, and Fiesta breeding lines, Smitten brings a flavor and texture Don assures me is like no other. 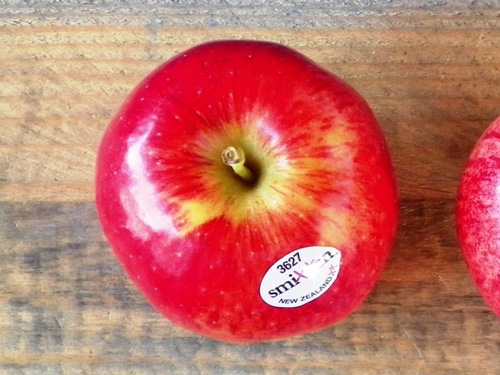 “Pegasus was formed by two pioneers of the new generation of patented high-quality varieties in search of ‘The World’s Best Apple,’” Don shares, explaining that Randy Steensma and Barclay Crane, Co-Owners and Managers, were at the forefront of growing and marketing Jazz, Honeycrisp, and Pacific Rose when the “Club Apple” concept evolved.

Like Honeycrisp before it, Smitten is what Don calls a “pure taste play”–all about eating quality with little focus on full-red color. Its appearance is described as having "rack distinction" with "natural wild apple" coloration and barrel shape.

Don says Smitten is also an “unforgettable crunchy,” holding crunch and taste in the store or home longer than any commercial variety, while featuring balanced apple taste between naturally high fruit sugars and hints of tart.

For multiple reasons he describes Smitten as a “Millennial-friendly variety” –a forward-facing product and the “next chapter” of the apple-category paradigm shifts Honeycrisp and a progressively Millennial demographic represent. 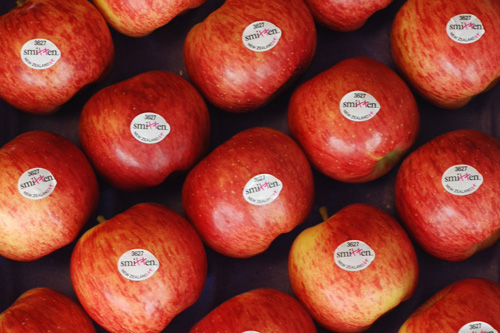 Don tells me that word has spread quickly from Honey Bear Tree Fruit Co. existing retail connections with stores like Ahold, Loblaw, and Save Mart, to setting up meetings with a number of others in the buy-side that are curious about this new variety. In fact, he adds that no variety he's ever worked with in his 20 years in produce created so many unsolicited inquiries from major retailers.

With the latest loads of New Zealand Smitten imports already in, and a burgeoning domestic production due next September, the company is excited to start the 2017 marketing season this week. See for yourself by swinging by booth #601 at this year's CPMA Expo in Toronto. If you are remaining in the States, however, there is still a chance to catch the team at the Smitten booth #405 at the West Coast Produce Expo later this month.

Stay tuned as we wait to see what big waves this young apple might make in one of the key categories in produce.

Smitten™’s flavor and bite are enough to make it a hit, but it had more attractive attributes waiting to surprise us. Its...