U.S. & MEXICO - Negotiations continue between the Department of Commerce and Mexico tomato growers—the latter recently rejected the latest proposal from the former, stating that several of the demands from the Florida Tomato Exchange (FTE) are unlawful.

The Fresh Produce Association of the Americas (FPAA) said in a recent press release that it is no surprise to read that the FTE continues to ask for protections outside the scope of existing U.S. law, including asking for major changes that would effectively block imports of Mexican tomatoes by making it economically risky for U.S. buyers.

“The FPAA urges the Department of Commerce to continue to work with the Mexican growers of fresh tomatoes to create an updated Tomato Suspension Agreement that remains within the scope of the law. The FPAA acknowledges the difficult task of balancing an agreement that fairly addresses Florida concerns while not catering to Florida’s pressure to create an agreement that no U.S. supermarket could agree to, and which would effectively prevent supermarkets from purchasing Mexican tomatoes,” the association stated. It added that the livelihood of U.S. businesses across the supply chain hangs in the balance awaiting a return to a sensible, fair, stabilizing agreement.

FPAA members include U.S. importers and distributors of fresh tomatoes, which the association said continue to strive to bring the best tomatoes to the marketplace to meet the demands of consumers. While members work closely with retailers, foodservice companies, and other buyers to supply high-quality tomatoes that drive sales, it said hampered negotiations by “unlawful demands from a small group of politically connected Florida companies” leave U.S. consumers to continue to pay tomato taxes while U.S. companies face uncertainty in the marketplace. 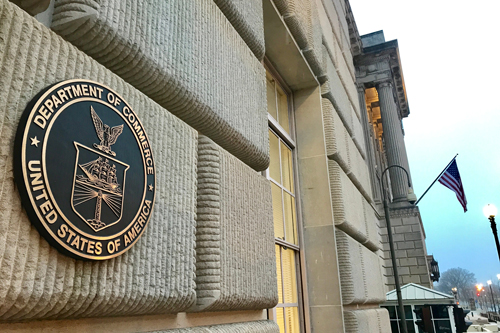 In the interim, the Mexican growers have taken actions which they said seek to protect their legal rights in light of “several disappointing actions taken by the U.S. Commerce Department.”

The Mexican growers file for an injunction from a U.S. court

To stop Commerce's investigation from going forward and stop cash deposits from being imposed, the Mexican growers have taken legal action on the basis that Commerce's termination of the agreement was unlawful.

Will the two sides be able to strike a balance that all can walk away from feeling even better than previous Tomato Suspension Agreements? The Mexican growers said they remain committed to a new agreement, while the FPAA said it is confident that rational proposals from Commerce and the Mexican growers can result in an agreement that fairly addresses Florida concerns without unduly harming American shoppers and the entire U.S. tomato industry.

AndNowUKnow will report further as the matter develops.