ONTARIO, CANADA - Like the curious vine of a cucumber plant, Mucci Farms continues to expand its footprint across the continent. Most recently, the company announced it is adding two new U.S.-based facilities in Romulus, Michigan, and San Antonio, Texas. Furthering its rapid expansion efforts over the last several years, the company is adding the new locations to increase efficiencies and service more regions. 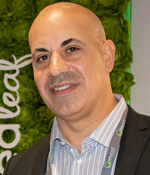 “We’re very excited about these two new locations because they will improve our ability to service retailers and consumers in the U.S.,” said Gianni Mucci, Vice President of Operations. “Not only will we be able to service a larger area of the United States, we will significantly reduce our carbon footprint and food mileage which will serve retailers and consumers with high-quality fruits and vegetables with an emphasis on environmental responsibility.”

As with all of Mucci Farms’ new builds and expansions, both facilities will be equipped with state-of-the-art automation and technology, and serve as cross docks to maximize efficiency. A press release noted that the Romulus, Michigan, warehouse has a 66,300-square-foot footprint and will primarily service the Midwest and Northeast United States. 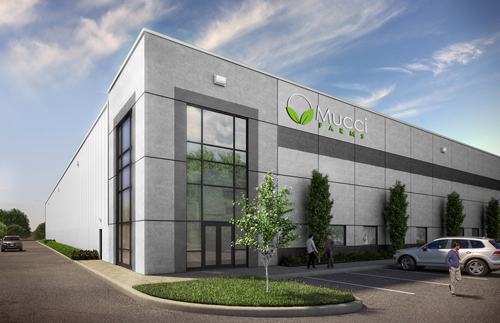 “This location will help us pack, repack, and distribute our full lineup to the region in a timely manner,” Mucci explained. “Romulus is a great location for us as it allows us to avoid wait times at the border and quickly redirect product to several states.”

The Texas warehouse is a 54,000-square-foot facility strategically located to serve as a cross-dock primarily during the winter months. San Antonio is a central location that will help the company service southern states in the U.S. and addresses an industry-wide labor challenge. 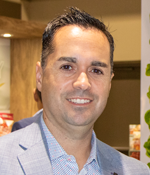 “The San Antonio area has a population of 2.5 million people, and the labor market is particularly experienced in produce,” said Ronnie Alvar, Director of Operations. “This helps us onboard a knowledgeable team of people that understand the nuances of the produce industry and can efficiently manage the supply chain.”

Additionally, this warehouse is equipped with a unique feature in the loading docks. Alvar continued, noting, “With hot temperatures in Texas, our dock allows trucks to back into the warehouse in a manner that doesn’t break the cold chain. The doors actually open up right inside our pre-cooled loading dock, so we are able to preserve product quality as there is no temperature fluctuation transferring product from the truck to the warehouse.”

With a large focus on U.S. expansion, this announcement supports Mucci Farms’ first U.S. project in Huron, Ohio, a 75-acre greenhouse/warehouse operation. Being built in 3 x 25-acre phases, the first phase has been harvesting and servicing retailers since 2018 and phase 2 is currently under construction with a goal to harvest its first crop this fall. The entire project is equipped with supplemental grow lights allowing for local production 365 days a year.

Growing fresh produce for over 60 years, Mucci Farms is a vertically integrated greenhouse farming company with over 1,700 acres of lettuce, tomato, pepper, cucumber, and strawberry farms in Canada and the United States between itself and a global grower partner network. Headquartered in Kingsville, Ontario, the award-winning company is dedicated to continual investments in automation and technology along with a high level of research and development to offer consumers the most flavourful fruit and vegetable varieties in the world.

Where will Mucci’s proverbial cucumber tendrils reach next? Stick around as we investigate.